Hermeus, an Atlanta-based startup whose goal is to develop hypersonic aircraft, has unveiled its first autonomous high-speed aircraft. 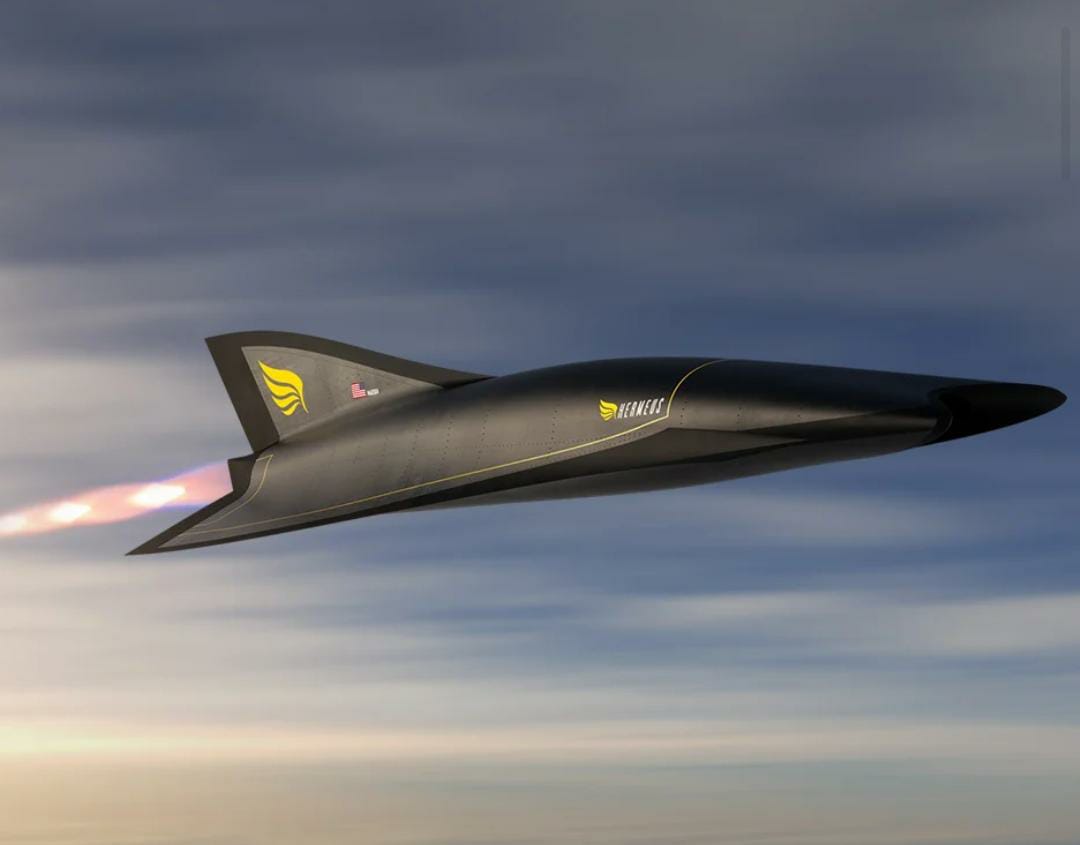 The company has unveiled a full-scale prototype of its first aircraft Quarterhorse.

“When an aerospace company typically unveils a new aircraft it’s nothing more than Styrofoam and fiberglass,” said Skyler Shuford, Hermeus COO. “But at Hermeus, we drive to integrated products. And we really, really like to make fire.”

According to a company news release, while this Quarterhorse prototype was not designed to fly, it is much more than just a showpiece. Building this vehicle was an exercise in multidisciplinary design, manufacturing, and the integration of complete systems.

“We designed, manufactured, and integrated the aircraft, from nothing but an outer shape, in four months,” said Shuford.

As noted by the company, Quarterhorse will validate the company’s proprietary turbine-based combined cycle (TBCC) engine, based around the GE J85 turbojet engine, and is the first in a line of autonomous high-speed aircraft. By the end of the flight test campaign, Quarterhorse will be the fastest reusable aircraft in the world and the first of its kind to fly a TBCC engine.

Hermeus is currently creating a new aircraft for the U.S. Air Force.

The award was made under the AFWERX Strategic Funding Increase (STRATFI) program led by the Presidential and Executive Airlift Directorate (PE) as a follow-on to a Phase II SBIR contract. The collaboration also includes support from the Air Force Research Laboratory (AFRL).

“Small business partnership is recognized by the U.S. Air Force as an important component to driving innovation. Reducing risk in high speed transport technologies, as we are doing with this contract, provides near-term and long-term benefits to both the U.S. Air Force and the defense industrial base.” said Lt. Col. Joshua Burger, the Vector Initiative program manager who is spearheading the effort. “We are very excited to see Hermeus translate their demonstrated successes in engine prototyping into flight systems.”