Embraer has begun building the first of two KC-390 Millennium aircraft for Hungary, ahead of the start of deliveries in 2024. 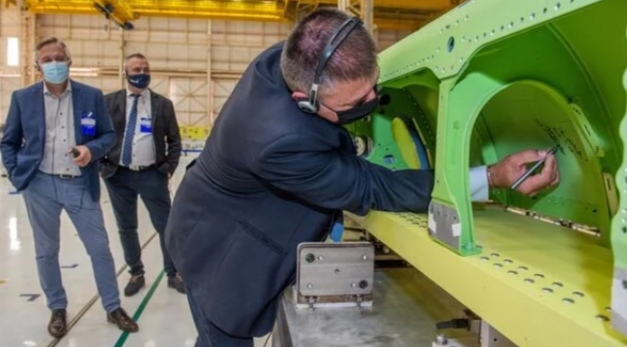 The Brazilian manufacturer announced the milestone on 11 November, noting that a ceremony held to mark the occasion at its Gavião Peixoto facility was attended by Hungarian government representatives.

“In the coming weeks, parts will be assembled to generate the structural panels and frames for the main components of the fuselage and semi-wings,” Embraer said.

Hungary signed for two KC-390 tanker-transports in November 2020 and its aircraft will be particularly configured for tactical transport operations, air-to-air refuelling of the service’s Saab Gripen C/D fighters, and for the medical evacuation role (the Hungarian aircraft will be the first to include provisions for an intensive care unit).