According to information published by the Philippine News Agency website on January 11, 2021, after the delivery of ATMOS 2000 self-propelled howitzers to the Philippines at the end of December 2021, Israel now delivers 15 M125A2 tracked self-propelled mortar carriers equipped with the Israeli CARDOM 120mm autonomous, 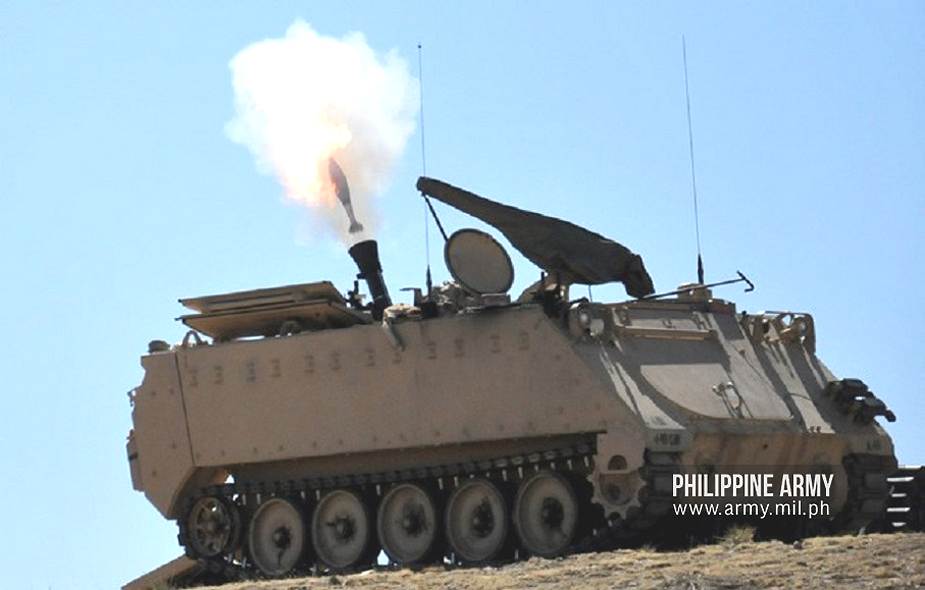 According to information published by the Philippine armed forces, with the ATMOS 2000 155mm self-propelled howitzers and the new M125A2 CARDOM 120mm mortar carrier, the Philippine army will have more firepower to provide indirect fire support for the troops on the move and for quick deployment.

The CARDOM 120mm recoil mortar system mounted on the M125A2 tracked armored vehicle is an autonomous, computerized system that has a maximum firing range of 7,000 meters and a maximum fire rate of 16 rounds per minute operated by a crew of four soldiers. The mortar system is mounted in the rear of the hull that fires to the rear through an opening in the roof covered by a three-part hatch.

The Armed Forces of the Philippines is undertaking a 15-year modernization program that started in 2012 and will continue through 2027 under the Republic Act (RA) 10349 or the Revised Armed Forces Modernization Act. The total cost of the 15-year program is projected to be over $40 billion.

The M125A2 CARDOM 120mm mortar carrier is based on an improved version of the M113 tracked armored APC (Armored personnel Carrier). The CARDOM is an autonomous, computerized 120 mm recoiling mortar system suitable for a variety of tracked and wheeled armored carriers. The CARDOM provides accurate, effective and immediate fire support for rapid deployment units and special forces, as well as for infantry and artillery units.

The CARDOM 120mm mortar system includes a modern and battle-proven shoot-and-scoot capability allowing “first round on target” within 30-60 seconds and massive firepower with a rate of fire of up to 16 rounds per minute. Significant “free for effect” missions can be completed by a single mortar.