According to a Tweet published by Ronkainen, the first batch of AMPV, the new tracked Armored Multi-Purpose Vehicle built for U.S. Army were delivered to U.S. Army 2nd Armored Brigade, Third Infantry Division at Fort Stewart for initial operational testing.

Citing information published by “Ronkainen Twitter” U.S. soldiers from the 2nd Armored Brigade, Third Infantry Division, will begin training this month to use and maintain the Armored Multi-Purpose Vehicle (AMPV). 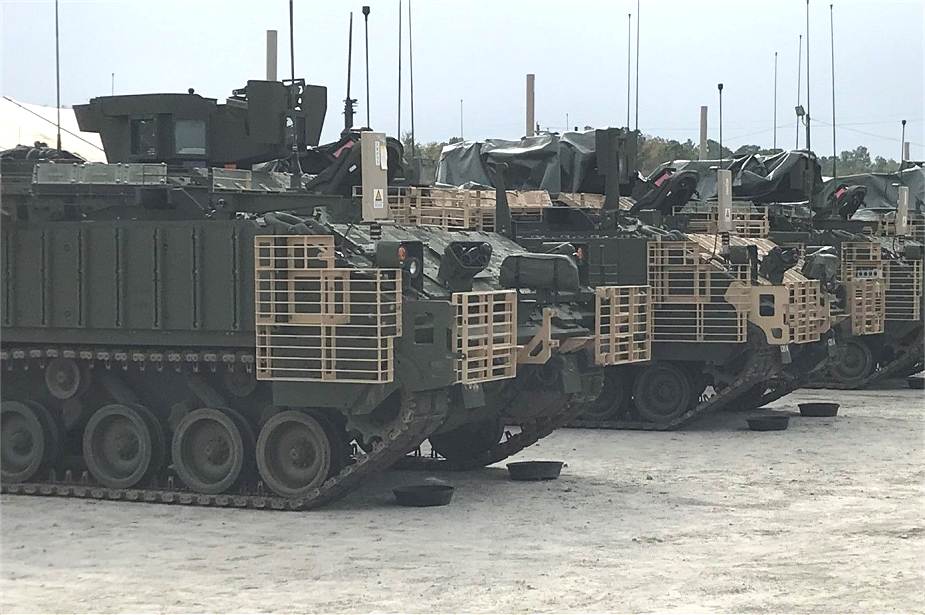 The Armored Multi-Purpose Vehicle (AMPV) is a family of tracked armored vehicles designed and developed by the company BAE Systems to replace the Vietnam War-era and legacy M113 tracked Family of Vehicles in service with the U.S. Army.

In 2014, BAE Systems was awarded a contract worth up to $1.2 billion from the U.S. Army for the Engineering, Manufacturing, and Development (EMD) and Low-Rate Initial Production (LRIP) of the Armored Multi-Purpose Vehicle (AMPV).

The AMPV provides the U.S. Army with a highly survivable and mobile fleet of vehicles that addresses a critical need to replace the Vietnam-era M113s. The AMPV capitalizes on proven Bradley and M109A7 designs, meeting the Army’s force protection and all-terrain mobility requirements while enabling the AMPV to maneuver with the rest of the Armored Brigade Combat Team (ABCT). The first AMPV production vehicle was delivered to the U.S. Army in September 2020.

The AMPV will be delivered to the U.S. Army in five configurations including Mission Command (Mcmd), Mortar Carrier (MC), General Purpose the APC (Armored Personnel Carrier) in the AMPV family, the Medical Evacuation (ME), and the Medical Treatment (MT). All variants are designed to provide enhanced survivability and performance while maintaining commonality with the AMPV family of vehicles and the Armored Brigade Combat Team (ABCT) to minimize operating costs and logistic burdens.

The design of the AMPV is based on the Bradley tracked armored IFV (Infantry Fighting Vehicle but without any combat turret. The APC version is fitted with a one-man open-top turret with armor plates on 360° including bulletproof windows armed with 12.7mm heavy machine gun.

According to pictures by Ronkainen, the all-welded aluminum hull of the AMPV integrates an EFP (Explosively Formed Penetrator) armor kit which is a form of reactive armor mounted on the vehicle sides that use several layers of ceramic and metallic alloys. The plates break up the slug on impact and disperse its energy to prevent penetration at the cost of much greater vehicle weight and expense.

The AMPV Armored Multi-Purpose Vehicle is motorized with Cummins diesel engine developing 600 hp., that is common to another new BAE Systems built vehicles in the U.S. Army fleet, the M109A7 Self-Propelled Howitzer. The AMPV could run at a maximum road speed of 61 km/h with a maximum cruising range of 362 km. The fuel tanks are now fitted externally on each side at the rear of the hull.