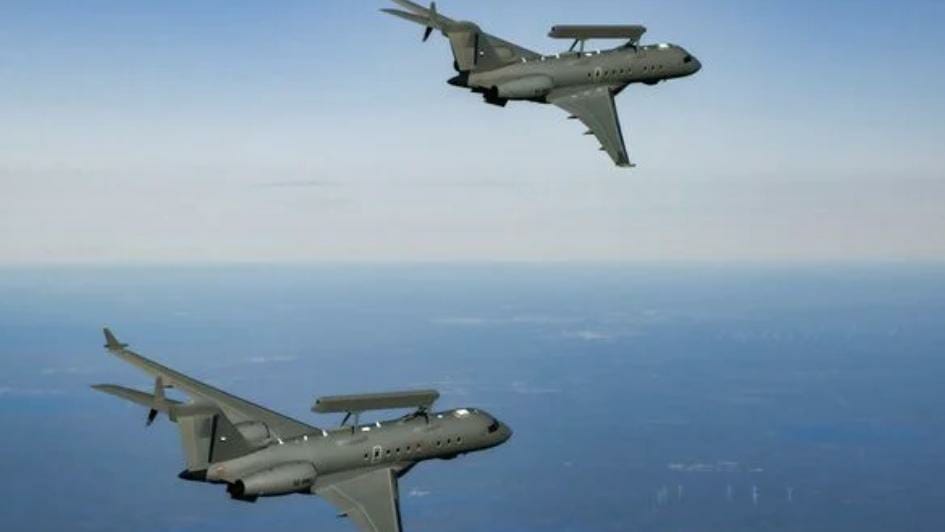 The manufacturer announced the order on 30 June, saying the SEK7.3 billion (USD716 million) order will see the two aircraft delivered in 2027. The contract includes options for a further two GlobalEyes, for a total fleet of four aircraft.

Coming about nine months after the Swedish Armed Forces submitted its request to the government to procure the GlobalEye in September 2021, the contract will enable the Swedish Air Force to replace its two ageing Saab 340 (ASC 890) Erieye platforms.

The GlobalEye is built around the Saab Erieye Extended Range (ER) radar that is housed in the same external dorsal ‘plank’ as the company’s original Erieye system. Equipped with gallium nitride and other technologies, the Erieye ER is an active electronically scanned array (AESA) system that doubles the radar’s power efficiency compared with previous Erieye iterations. It has a range in excess of 650 km, which can be extended by focusing the radar’s energy.