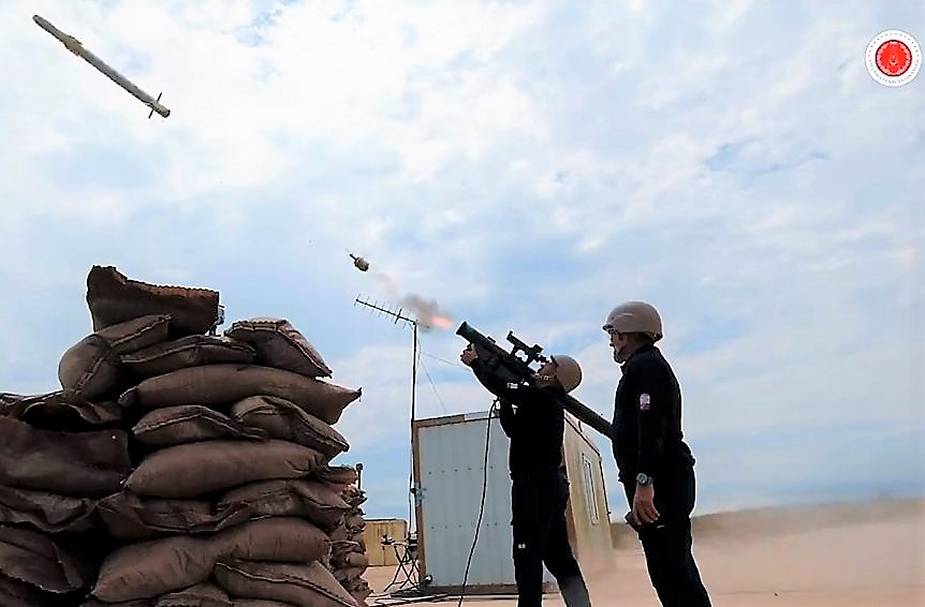 SSB President Ismail Demir stated on his Twitter account that: “Our portable air defense missile system, Sungur, is at the service of the Turkish military with a version that can be launched from the shoulder by a single soldier after the (version that can be launched from various) platforms. We delivered the first batch of the Sungur weapon system, which is effective against UAVs, jets and helicopters, to the TAF.”

The Sungur MANPADS was developed as part of the Portable Air Defense Missile System Project, which was launched by Roketsan in 2013 under the leadership of the Turkish Defense Industry Presidency, to replace the U.S.-made FIM-92B/C Stinger missiles in the Turkish Armed Forces’ inventory. Sungur is a fourth-generation MANPADS designed for short-range air defense of mobile/fixed units and facilities on the battlefield and in the rear area.

Sungur, which includes an IFF (Identification Friend or Foe) system, is of the ‘fire-and-forget’ type. It can be integrated with Aselsan’s Air Defense Early Warning and Command Control System (HERIKKS-6). It has a maximum range of 8km and a maximum altitude of 4,000 m+. Its missile is said to be able to reach speeds of 2.2+ Mach, like the Stinger, but no official confirmation has yet been released.