The first six of 33 Joint Light Tactical Vehicles (JLTV) bought by North Macedonia from Oshkosh Defense are on their way from Thessaloniki port, Greece. 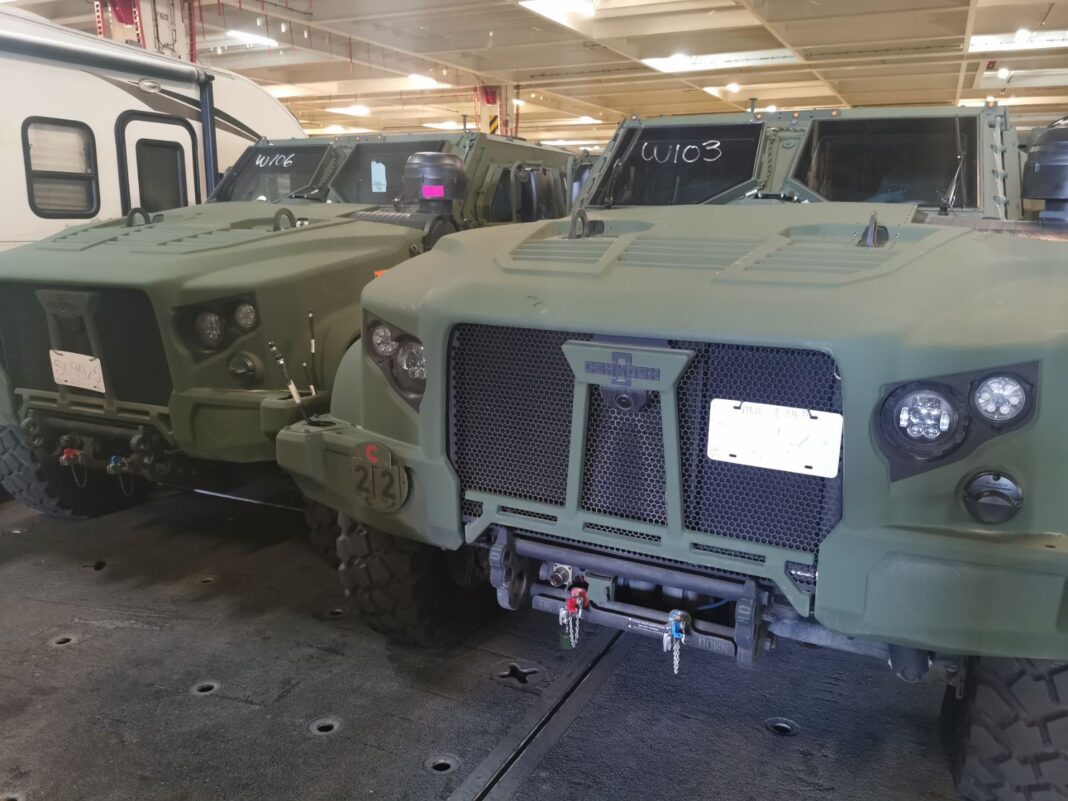 The Minister of Defence of the Republic of North Macedonia, Slavjanka Petrovska said last week the first shipment of 6 JLTV light armored vehicles arrived Thessaloniki port, Greece with 180 Textron M1117 armored vehicles that have been donated to Greece by the United States.

“This delivery represents a serious step forward in the process of modernization and equipping of the Army according to NATO standards,” said Petrovska.

The JLTV is designed to give Soldiers and Marines a high level of mobility, transportability, and reliability while still providing warfighters with the level of protection a Mine Resistant Ambush Protected (MRAP) vehicle would give them.

Currently, the JLTV Family of Vehicles comes to U.S. Army and Marines Corps in different variants with multiple mission package configurations, all providing protected, sustained, networked mobility that balances payload, performance and protection across the full range of military operations.

To date, Oshkosh has received orders or commitments from the following NATO, Allied, and Coalition partners including the United Kingdom, Belgium, Montenegro, Slovenia, Lithuania, Brazil, Romania, and North Macedonia.