According to information published on the Twitter account of Ismail Demir, on August 7, 2022, the President of the Turkish Defense Industry announced the delivery of the first mini UAV (Unmanned Aerial Vehicle) called Togan, to the Turkish army. 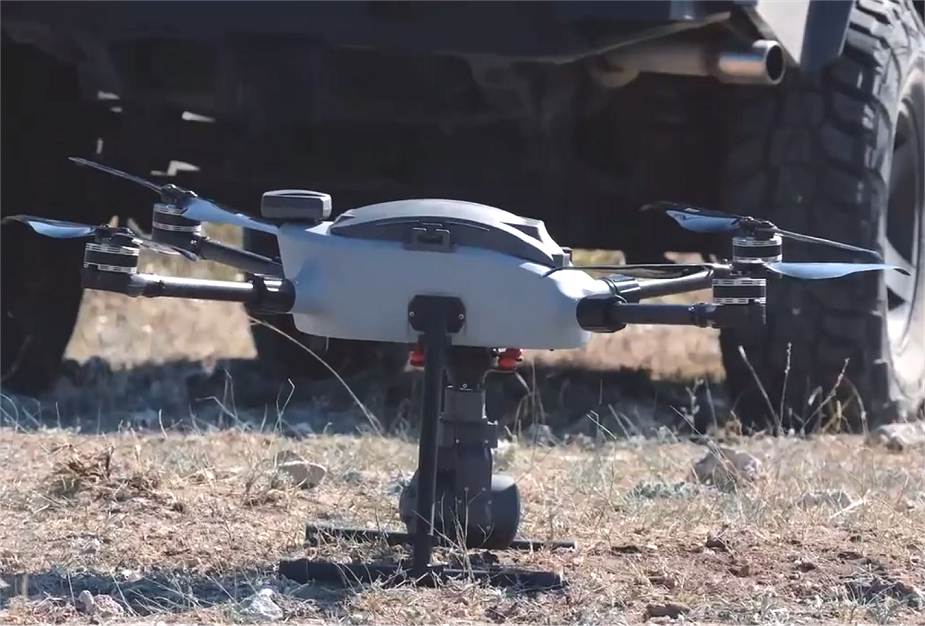 The Togan is a quadcopter design UAV (Unmanned Aerial Vehicle) fully developed and manufactured by the Turkish company STM. It is designed to conduct reconnaissance, surveillance, and intelligence missions.

Citing information from the Turkish company STM, the development of mini-UAVs is a priority for the company with the goal to offer the latest innovations and technologies of unmanned systems to the Turkish armed forces.

STM General Manager Özgür Güleryüz said, “Our local development of reconnaissance UAV, TOGAN, will see the invisible, follow the untraceable, with its features. Having effective day and night operation and physical target tracking capability, TOGAN can also perform joint operations with other STM’s UAVs”. “We will continue to strengthen our platforms with the capabilities of our tactical mini-UAVs to operate in areas without GPS and to perform missions without being affected by the enemy electronic warfare threat”, he added.

The TOGAN is an autonomous multi-rotor reconnaissance UAS solution engineered for general-purpose reconnaissance and surveillance missions with indigenous mission planning software, autonomous intelligence, and operational capabilities. It can be controlled autonomously or via remote control, and be deployed and operated by single personnel.

The TOGAN can be used effectively in tactical reconnaissance and surveillance missions, with its abilities to track fixed and moving targets and to automatically switch missions supported by indigenous and real-time image processing and deep learning algorithms.

The Togan is a quadcopter UAV that is electrically powered and can reach a maximum speed of 72 km with a flight endurance of around 45 min. It incorporates a payload using a 30x zoom lens, enabling imaging of distant targets and threats. It can be operated by a single man using a portable ground station at a maximum range of 10 km and for two hours.