At SOFEX 2022, a defense exhibition in Jordan, the French-made Leclerc Main Battle Tank (MBT) donated by the United Arab Emirates to the Jordanian army is presented for the first time to the public. 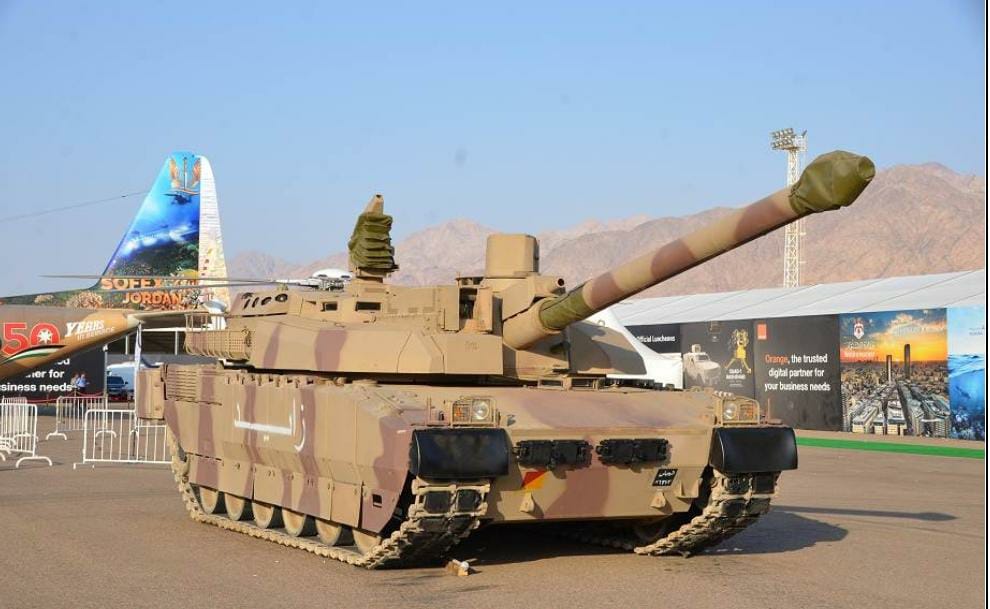 In 1993 the United Arab Emirates selected the French Giat Industries Leclerc MBT and placed an order for a total of 436 vehicles for delivery from 1994. In 2003, France’s Giat Industries agreed to upgrade hundreds of Leclerc tanks it has supplied to the UAE within a $4 billion deal signed 10 years ago.

The Jordanian Leclerc tank is armed with a 120mm smoothbore gun able to fire two main types of 120 mm ammunition fired including the APFSDS with a muzzle velocity of 1,790 m/s and HEAT with a muzzle velocity of 1,100 m/s, both having a semi-combustible cartridge case containing a dual-base solid propellant. The second armament includes one 7.62mm coaxial machine gun and one remotely operated weapon station mounted on the commander hatch armed with one 7.62mm machine gun.

The hull and turret of the Leclerc tank are of welded steel construction to which the composite armor is added providing a very high degree of protection against both KE (Kinetic Energy) and CE (Chemical Energy) ammunition attacks. The armor is of a modular design so that it can be easily replaced or upgraded allowing the installation of a new armor package.

The Leclerc MBT is able to reach a top road speed of 72 km/h and 50 km/g in all-terrain conditions with a maximum cruising range of 450 km with internal fuel and 550 km with additional fuel drums mounted at the rear of the hull.