Otokar, global land defence systems manufacturer of Turkey and a Koç Group company, is showcasing its own design and manufacture military vehicles and turret systems at IDEF 2019, the 14th International Defence Industry Fair. At the 4-day fair, organized under the aegis of the Turkish Presidency and hosted by the Turkish Ministry of Defence, Otokar is exhibiting 10 military armoured vehicles and its own design turret systems.

Visitors of the Otokar booth at the İstanbul Tüyap Fair Convention and Congress Centre get to see the wide product range as well the company’s new armoured vehicles for the first time. As well as debuting new vehicles, Otokar will also introduce its TULPAR Medium Tank in Turkey as a first. AKREP IIe, the first member of Otokar’s new generation armoured vehicle family and the first Turkish electric armoured vehicle, COBRA II Medical Evacuation Vehicle and URAL SOV (Special Operations Vehicle) are among the newly introduced vehicles at IDEF.

Otokar General Manager Serdar Görgüç said that Otokar strengths its position in the global defence industry with a broad product range designed and manufactured against present and future threats, “As the most competent land systems company in Turkey with 32 years of experience in military vehicles, we strive to offer the best products and services to our clients in more than 50 countries worldwide. We reflect the experiences we gain in Turkey as well as in different climates and geographies around the world to our vehicle development activities. As an industry leader in land systems, Otokar has introduced many firsts in Turkey and now we are taking our aspirations in defence industry to another dimension with our new generation armoured vehicle family and new product types. With the armoured vehicles we develop against present threats using next generation technologies, we are expanding our position in Turkey as a vehicle manufacturer with technology transfer. Currently, more than 30 thousand Otokar vehicles are actively used in over 30 countries. During the exhibition, we will not only improve our cooperation with our existing clients but also promote our land systems capabilities to prospective users. Our goal as Turkey’s leading land systems manufacturer is to continue our product innovations, R&D activities and expand technology transfer activities in global markets.”

The new generation AKREP II 4×4 armoured vehicle family, developed by Otokar as an armoured reconnaissance and weapons platform, is designed with a low silhouette to respond to stealthy reconnaissance and surveillance requirements of armed forces. In addition to mobility on all terrains and superior manoeuvrability and agility, the vehicle also comes with a construction that can be equipped with alternative powerplants (electric, diesel and hybrid). AKREP II integrates power generation and transmission systems, sensors, computers, communication and targeting systems all in one and offers a construction that will facilitate conversion to autonomous vehicles.

URAL Special Operations Vehicle (SOV), the new variant of the versatile modular URAL platform, is making its debut at IDEF 2019.

The URAL platform, a unique product of OTOKAR’s innovative approach, is designed to meet the need for 4×4 armoured or non-armoured tactical vehicles of different users with a versatile and modular solution. With its modular structure and dimensions, the URAL platform can be easily adapted to the equipment, weapon systems and configurations required by different missions and versions customized to client requests are currently used in numerous domestic and foreign missions.

Designed for the needs of military units and other security forces engaged in special operations, the URAL Special Operations Vehicle delivers superior mobility as well as high ballistic, mine and side ballistic protection for its crew, thanks to the armoured semi-body, base and fire wall. The vehicle has a capacity of carrying 5 personnel including the commander and driver while ensuring high tactical mobility performance in the most challenging terrain and climatic conditions. The vehicle can be equipped with 12.7mm weapons on the roof and 7.62mm weapons in the front and rear, offering an ideal solution for conducting reconnaissance and stealthy military operations.

Otokar’s TULPAR Medium Tank, exhibited for the first time in Turkey at IDEF, stands out with mobility, firepower and survivability features. Integrated with CMI’s Cockerill 3105 type turret; the auto-loader 105 mm gun system is capable of firing all types of 105mm NATO ammunition and 105mm guided anti-tank missile. TULPAR Medium Tank offers effective solutions in missions that require high firing and destruction. With superior mobility, the medium tank can serve in all kinds of combat environments from urban, built-up areas and light bridges to woodlands and all terrains especially soft surfaces where main battle tanks are unable to operate due to their heavy weights.

The multi-role, modular TULPAR series is designed as a platform to meet the users’ needs for a single platform to use in different missions. The vehicle is the ideal platform for the medium tank. Tested in the toughest climates and on rough terrain, TULPAR boasts best-in-class ballistic and mine protection with modular armour technology and armour structure that can be configured and scaled according to threats. TULPAR Medium Tank, which can be integrated with active protection systems, has the capacity of carrying two infantry in addition to its crew of three (commander, gunner and driver). Efficient Integrated Logistics Support system solutions ensure low lifetime support costs.

Otokar exhibits the following vehicles from its wide and new product range at booth 713 in Hall 7 during the largest event of its kind in the region: 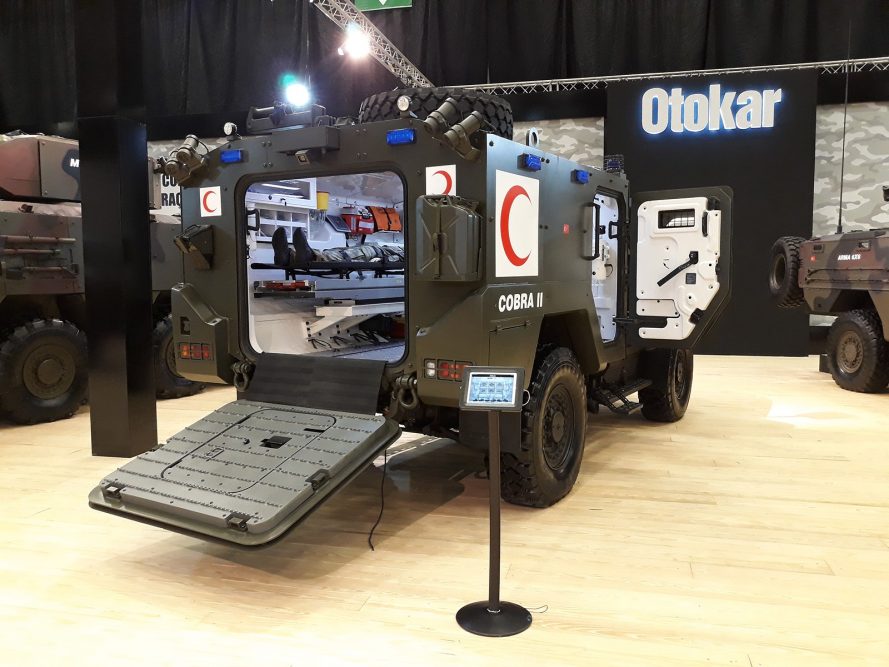 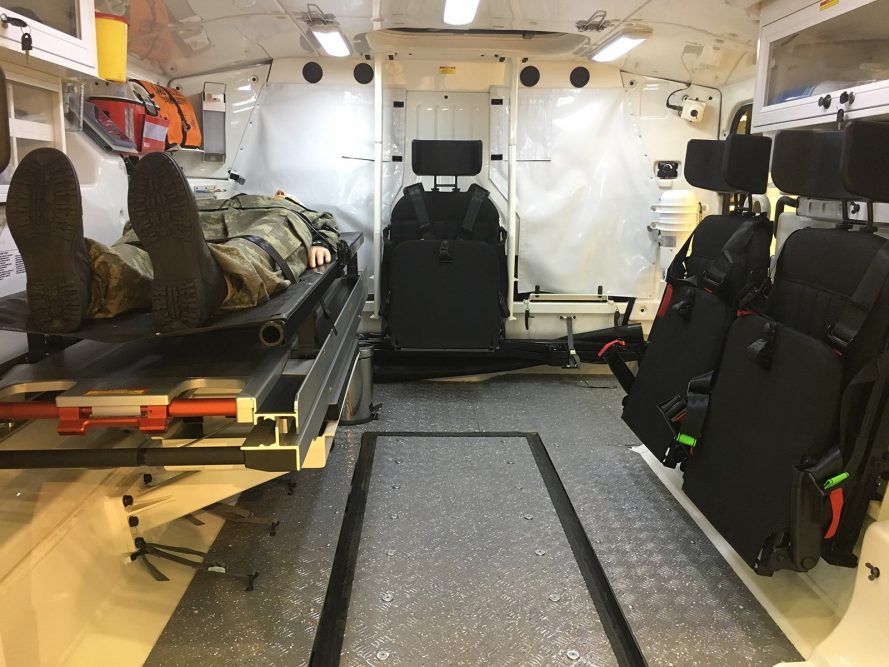 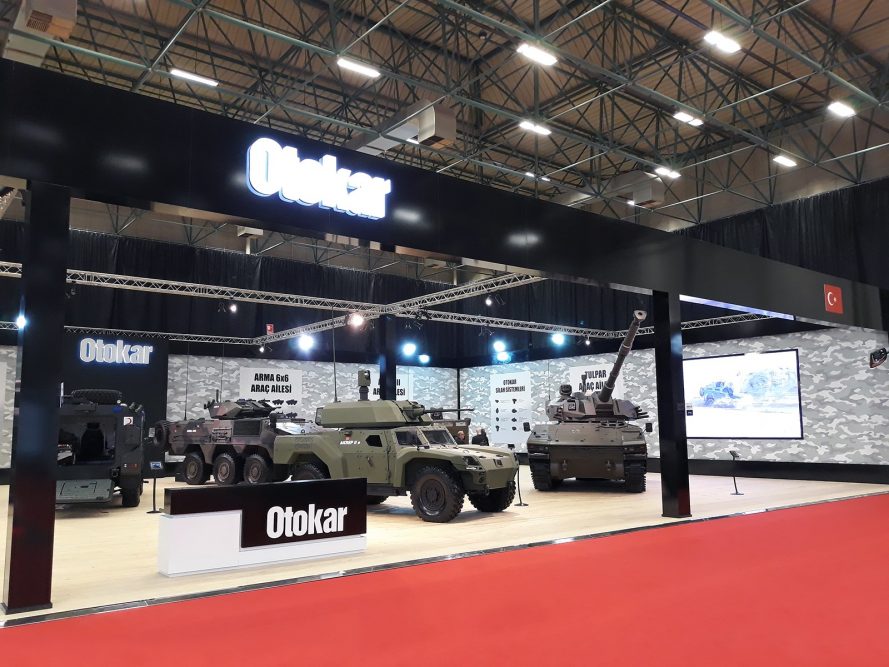 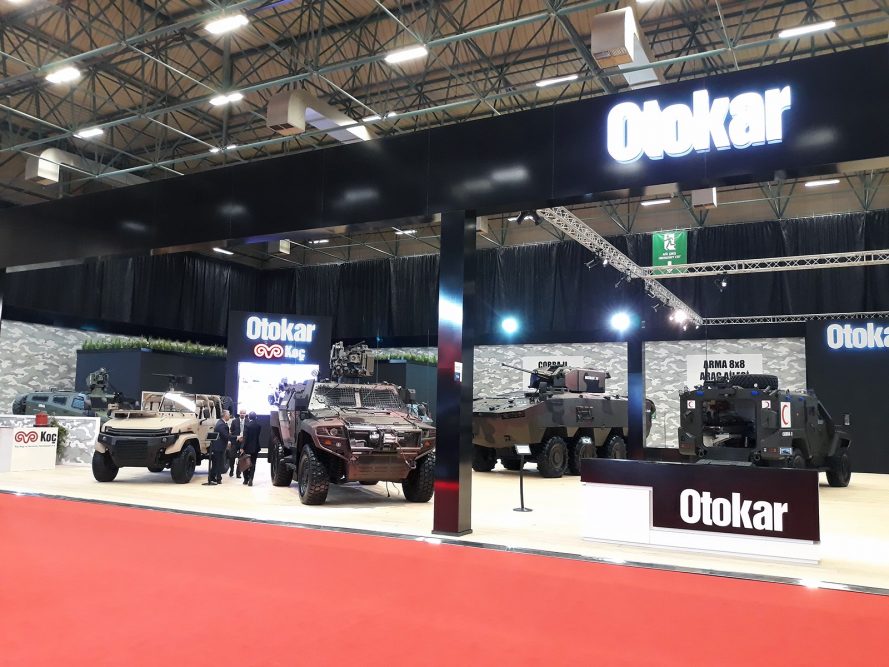 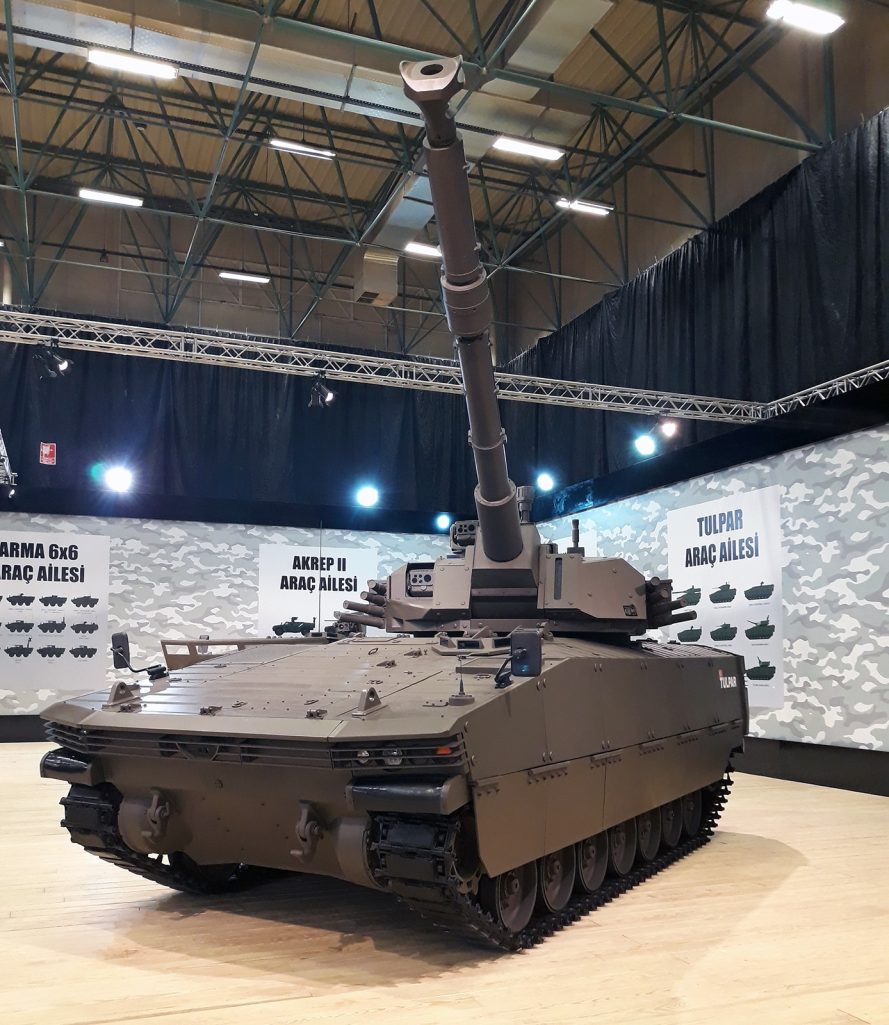