On April 18, the Azerbaijani defence minister Colonel-general Zakir Hasanov and the leadership of the Ministry visited the Aviation Repair Plant of Azerbaijani Air Forces.

The Minister of Defense was informed about the current activities carried out in the production facilities for the repair of assemblies, engines and gear cases of aircraft and helicopters, aviation technology and equipment, as well as radio-electronic equipment and aircraft weapon. 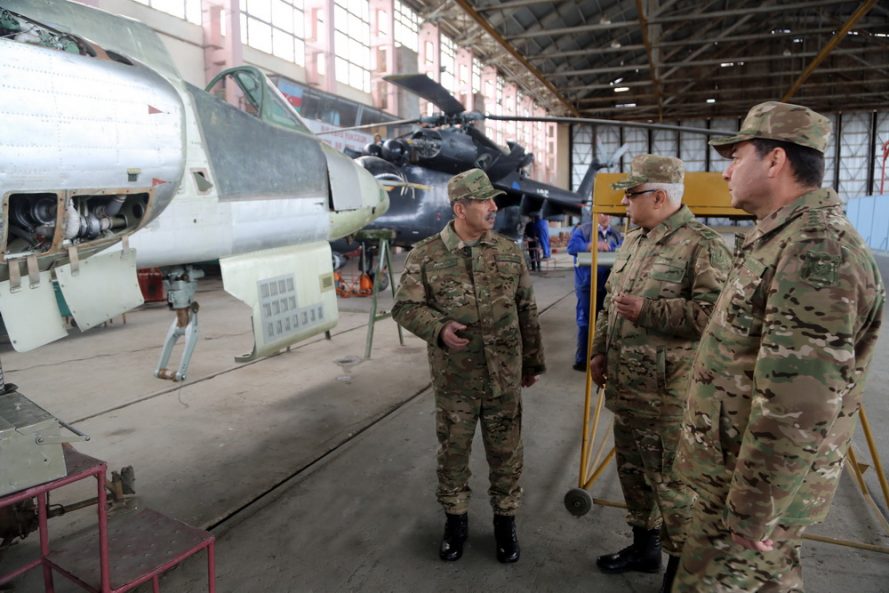 The Minister inquired about the preparation of aviation assets, the current repair of assemblies and the scheduled operations.

Then the Minister of Defense took part in the opening of the training center of the Air Force MiG-29 fighter jets.

Colonel General Z. Hasanov visited the premises of aviation engineers, aircraft weapon, flight control, flight analysis, watched the preparatory training of military pilots and gave relevant instructions. It was reported to the Minister of Defense that the simulators installed here allow to provide the flight of two or four aircraft simultaneously.

The high-altitude work accessories and equipment provided for flight personnel were demonstrated to Minister of Defense.

After getting acquainted with the conditions created in the center, the Defense Minister held a meeting with military pilots. 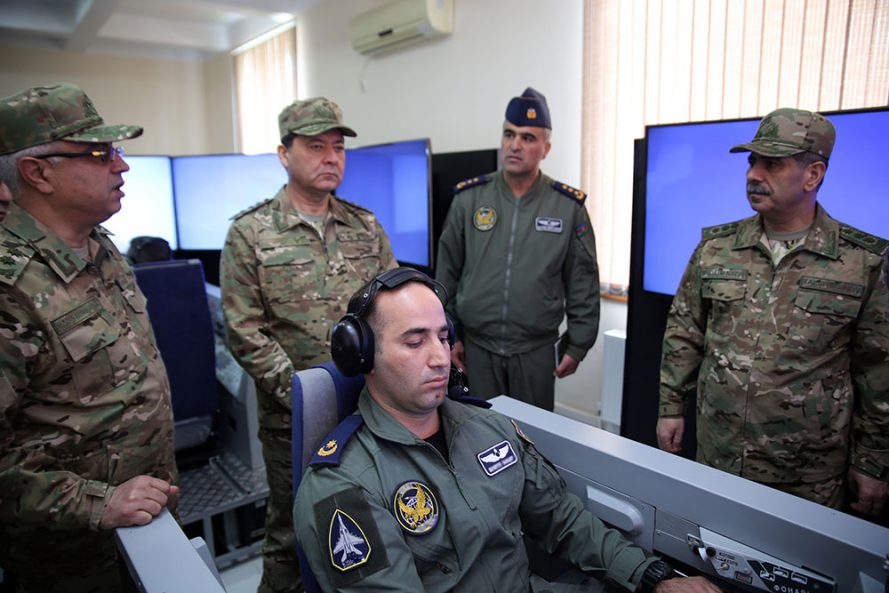