On 22 May, in Washington, Kadi Silde, Undersecretary for Defence Policy at the Estonian Ministry of Defence, and Kathryn Wheelbarger, the Acting Assistant Secretary of Defence for International Security Affairs, signed the Estonia-United States Roadmap for Defence Cooperation for 2019–2024 at the Pentagon. 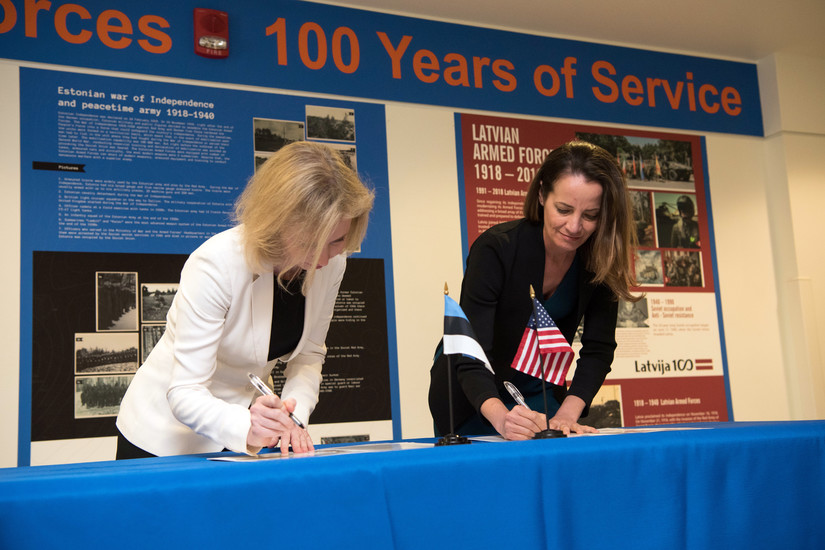 “The basis for the strong alliance between Estonia and the United States has been long-term and multifaceted defence related cooperation, which we are once again confirming with the new roadmap,” said Undersecretary for Defence Policy Kadi Silde.

During the upcoming five year period bilateral cooperation will focus on achieving the objectives set forth in the Estonian National Defence Development Plan, one of the key documents for the planning of national defence capability.

One important goal of the cooperation framework is to function as an accelerator for defence investments and to promote defence related joint procurements by the Baltic states.

The second important pillar of the document is boosting Estonian capability development in the field of cyber security. “We will continue to carry out international cyber defence exercises together with the United States,” added Silde.

Cooperation in the given fields strengthens Estonia’s defence capability, but also deterrence in the Baltic Sea region and NATO’s allied cooperation.

The United States has signed similar bilateral roadmaps for cooperation with both Latvia and Lithuania.

UAE to buy Javelin Guided Missiles from US