US made RQ-4 Global Hawk UAS was shot down by the Islamic Revolution Guards Corps (IRGC) on the Southern coasts of Iran in Hormozgan province. 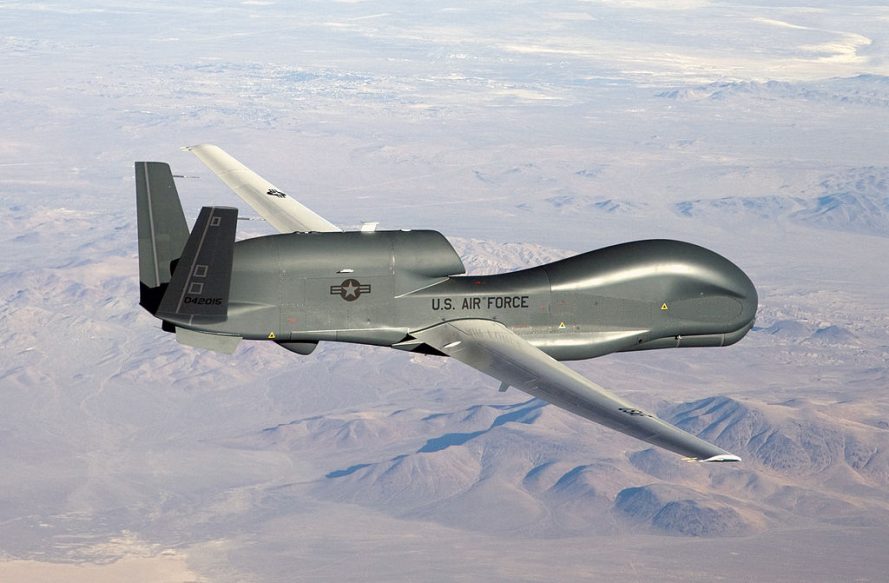 The IRGC used the Iran-made short-range and mid-altitude Third of Khordad missile defense shield to bring down the US spy drone over the country’s Southern coasts on Thursday.

The IRGC announced in a statement early Thursday that the US-made Global Hawk surveillance drone was brought down by its Air Force near the Kouh-e Mobarak region in the Central district of Jask after the aircraft violated Iran’s airspace.

The Third of Khordad air defense system was manufactured in 18 months and can trace all types of flying targets within a range of 75 kilometers.

France signs a Letter of Intent with Belgium, Germany, Luxembourg, the Netherlands and Norway for cooperation on strategic airlift, air refueling