UVision Air Ltd. will present its new Hero-120SF configuration for the first time at AUSA. The new Hero-120SF is designed to meet the specific requirements of US military forces. The company will also highlight its HERO Series of lethal loitering systems and demonstrate its advanced simulation system. 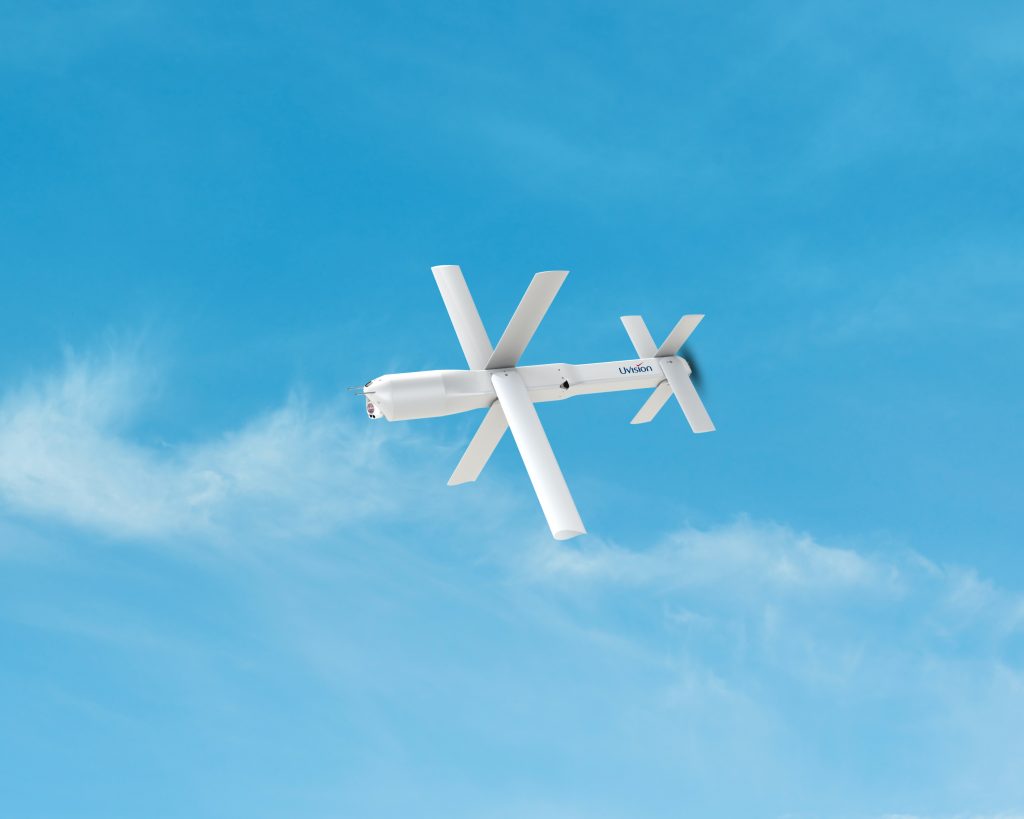 The new configuration of the Hero-120SF will be introduced for the first time at AUSA. It was especially designed to meet the specific requirements of the US Military Forces. The Hero-120SF is a portable, modular, customizable loitering weapon system which can be fitted with a range of powerful multi-purpose warheads. The versatile, precision, multi-operational system with a unique aerodynamic structure can carry out pinpoint lethal strikes against mid-range hard targets ‒ Vehicles, Tanks, Concrete Fortifications and Personnel ‒ in populated urban areas or remote locations with minimal collateral damage.

Its high-speed transit flight and low-speed loitering, BLOS capability, and rapid reaction in response to time-sensitive targets deliver a critical advantage in confined and populated battlefields.

The lightweight, compact, highly maneuverable man-pack configuration, with extended endurance of over an hour and a loitering range of up to40 km, can be independently operated by frontline forces, precisely striking time-sensitive targets from a wide variety of angles. Featuring low acoustic, visual and thermal signatures and fully gimbaled and stabilized day/night tracking, the Hero-120SF delivers critical situational awareness with its advanced data link and real-time intelligence. Providing cutting-edge abort and target re-engagement capabilities, it provides a whole new range of operational possibilities. Despite being a highly sophisticated weapon system, the Hero-120SF is affordable and cost-effective due to its recoverable option, using a parachute, while securing the warhead.

Major General (Ret.) Avi Mizrachi, CEO of UVision, commented, “As pioneers in the area of Loitering Munition Systems, UVision quickly responds to evolving needs from the field. Optimizing our solutions to suit the realities of modern warfare for a wide range of platforms, applications and scenarios, we take pride in delivering today’s most advanced capabilities for even the most complex missions. For example, the HERO systems are perfectly suited to mitigate threats of hostile operations against oil tankers such as the ones we’ve recently witnessed in the Gulf.”