Iranian Navy Commander Rear Admiral Hossein Khanzadi said that the newly unveiled Martyr Abu Mahdi cruise missiles with a range of 1000 kilometers will be delivered to the Navy in the near future, reported FNA.

The Islamic Republic of Iran’s Navy will soon be equipped with new cruise missiles having a range of 1000 kilometers, Khanzadi said. 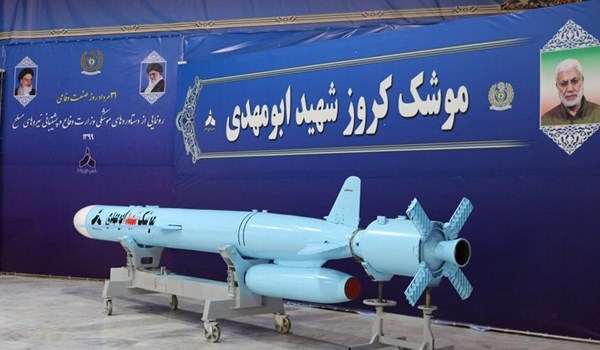 He noted that missiles can further ensure Iran’s security and authority.

The Navy commander went on to say that Iran has domestically built Ghader and Ghadir missiles with a range of 300 km.

According to Khanzadi, the cruise missile called Martyr Abu-Mahdi with a range of 1000 km will be delivered to the Navy in the near future.

He emphasized that designing hypersonic missiles is a priority for Iran’s Armed Forces.