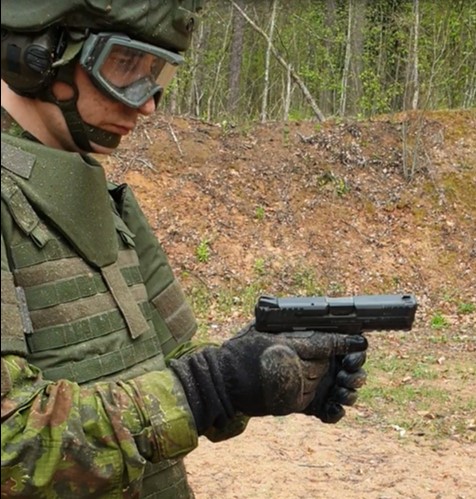 The decision to purchase new pistols for Lithuanian troops was made in order to abandon using different calibre pistols and change over to the use of uniform calibre 9×19 mm pistol ammunition, leaving still usable ones for reserve and replacing weapons that are running out of resources.

The value of the concluded agreement totals to about 1.57 million euros. The agreement also provides for the possibility of purchasing additional pistols if necessary. It also includes training of personnel to operate the newly acquired weapons.

According to the agreement, the new pistols will be delivered to the Lithuanian Armed Forces by the end of 2021.

The German manufacturer Heckler & Koch’s pistols SF P9 SF Paddle were selected from models of thirteen manufacturers as the most suitable for the needs of the Lithuanian Armed Forces. The process of selecting a pistol model also included test firing in various conditions – the firing was performed in shooting ranges of different types, in the tactical field and intervention building.

Currently, the Lithuanian Armed Forces is using Austrian GLOCK 17, American COLT 1911, and Czech ČZ75 pistols, most of which are already running out of resources.