A social media post by Lucian Daniel Stanciu Viziteu, mayor of the Romanian town of Bacau where Aerostar is based, showed a model of an armed version of the Watchkeeper X at a signing ceremony between the two companies. 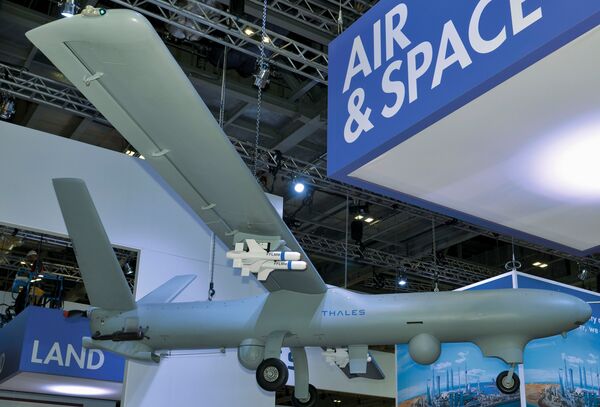 UK-based U-TacS is a joint venture between Elbit Systems and Thales for the manufacture of the Watchkeeper in UK service, with a facility established in the English city of Leicester to produce the system.

The Watchkeeper X was launched by Thales in 2015, offering a dual-payload configuration on the platform to allow for cameras, radars, electronic surveillance, and effectors to be included, with a modular architecture to allow for improvements in flexibility and capability deployment.

U-TacS had not responded to a request for comment at the time of publication.

An artist’s impression of an MC-130J Commando II with floats attached. An amphibious version of the special mission aircraft would have a special utility in the Indo-Pacific...

A conceptual image of some of the different configurations and roles being envisaged for the family of jet aircraft being developed by Aeralis. (Aeralis) UK-based Aeralis...

The United Kingdom, for the first time, approved a point-to-point flight of an unmanned aircraft in national airspace, enabling a General Atomics Aeronautical Systems Inc...