– The next-generation vehicles exhibited at the Otokar booth include ARMA 6×6 and ARMA 8×8 multi-wheeled armored vehicles, and TULPAR tracked vehicles. 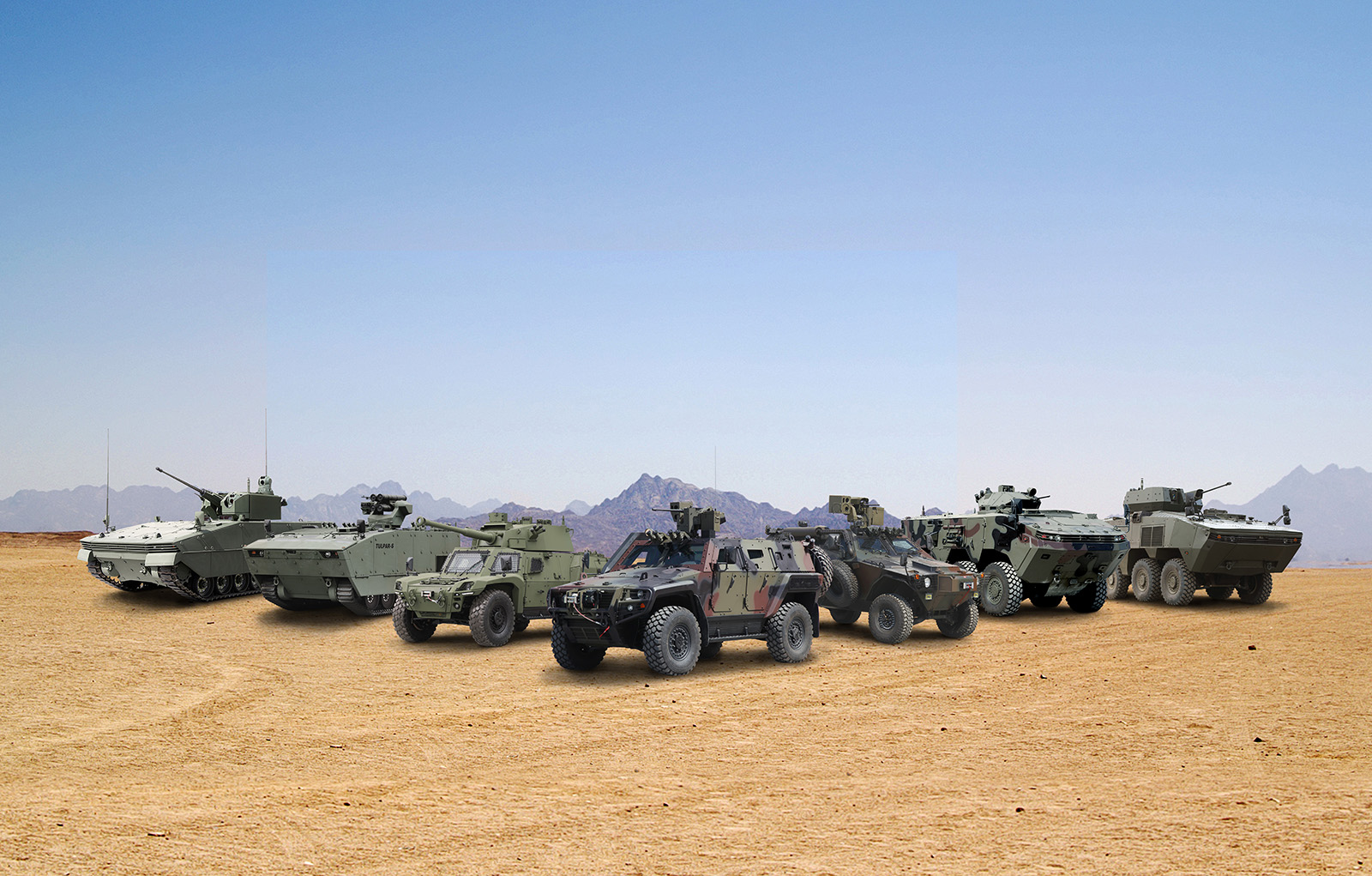 – COBRA II MRAP, the new variant of COBRA II, designed for the most demanding missions, is unveiled for the first time in Turkey.

“33 THOUSAND VEHICLES ARE ACTIVELY USED IN MORE THAN 35 COUNTRIES”

General Manager Serdar Görgüç noted that Otokar is Turkey’s most competent land systems company with 34 years of experience in military vehicles, “We strive to offer the best products and services to more than 55 end-users in more than 35 friendly and allied countries, including NATO states, and the Turkish army and police forces, against present and future threats. Nearly 33 thousand military vehicles of Otokar are actively used in NATO and United Nations missions. We reflect the experiences we gain in different climates and geographies around the world on our vehicle development activities. At Otokar, the Turkish industry leader in land systems and a pioneer with many first to its name, we are always ready to serve users with our wide product range, engineering capabilities, and experience. We will introduce our capabilities in land systems to potential users during IDEF and further develop our cooperation with our existing clients.”

Otokar launched the first AKREP armored vehicle in 1995, and the range grew over the years, proving itself in domestic and international markets. The next-generation AKREP II armored vehicle range, built on the success of the original AKREP, elevates Otokar’s claim in land systems to another level. The AKREP II range, designed with a reduced silhouette, high mobility, and survivability to respond to modern armies’ current and future needs, stands out with a modular structure that can be fitted with up to 90mm weapons. After introducing AKREP IIe, the first electric version of the armored vehicle range in 2019, Otokar now unveils AKREP IId, the highly anticipated diesel variant at IDEF ’21.

AKREP II has the advantage of combining reduced silhouette, high mine protection, and efficient fire power on the same platform. AKREP II can be equipped with alternative powerplants: diesel, hybrid, and electric.

AKREP II controls the basic mechanical components of steering, acceleration, and deceleration electrically (drive-by-wire). This makes it possible to remote control the vehicle, or adapt the driving assistance systems and autonomous capabilities.

As a multi-role vehicle suitable for different types of missions, AKREP II has the ability to provide effective firepower without compromising survivability. Medium-caliber turrets up to 90 mm can be integrated. AKREP II can also be configured for weapon platform for quick reaction, surveillance missions, armed reconnaissance, air defense missions, forward observer, and other similar tasks. 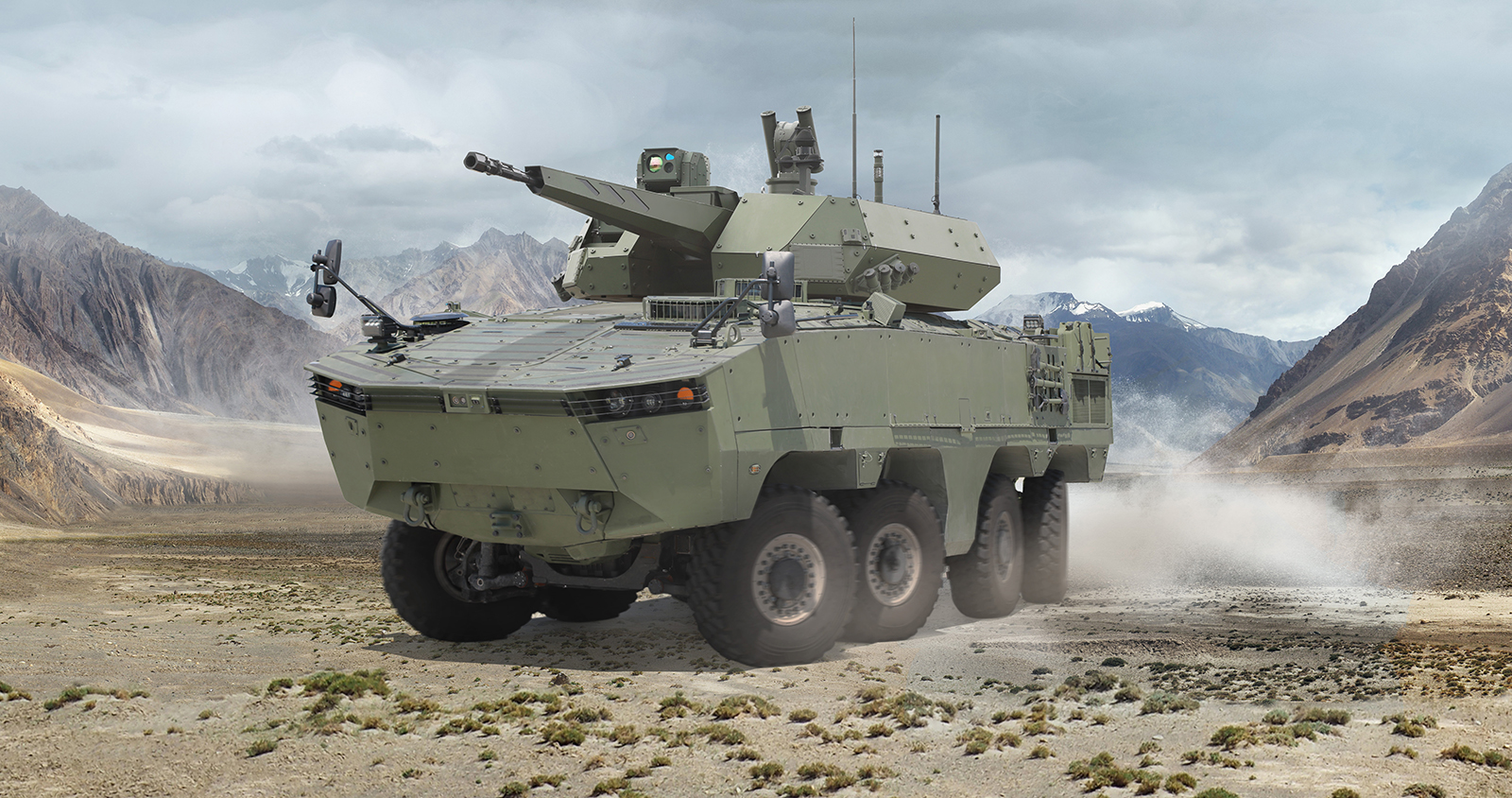 The next-generation ARMA multi-wheeled vehicle range has proven itself in different geographies with its mobility and survivability, and is currently serving in a wide range of missions as an ideal platform with a modular structure for various purposes. ARMA meets survivability, protection level, and mobility requirements of modern armies’ in combat and peace keeping operations. In addition to its high combat weight and spacious interiors, the ARMA range also draws attention with its low silhouette. Thanks to an amphibious kit, the vehicle can wade in the water without any preparation and travel up to 8 kph in the sea.

The armored monocoque body with high ballistic and mine protection is a modular platform that allows the integration of mission equipment or weapon systems in different specifications. ARMA can be used with weapon systems ranging from 7.62 mm to 105 mm.

Otokar showcases two different variants of TULPAR armored tracked vehicles, one with 105 mm COCKERILL 3105 and one with 30 mm MIZRAK turret systems at IDEF.

TULPAR Next-generation Armored Tracked Vehicle stands out with mobility, high firepower, and survivability features. TULPAR is designed as a multi-purpose vehicle with variants ranging from 28000 kg to 45000 kg to fully satisfy the future global requirements. Future-oriented perspective of modularity is to increase operational flexibility by using common components and a common chassis over wide range of vehicle variants. TULPAR comes in several variants that share common subsystems.

Tested in the toughest climates and on rough terrain, TULPAR boasts best-in-class ballistic and mine protection with modular armor technology and armor structure that can be configured and scaled according to threats. 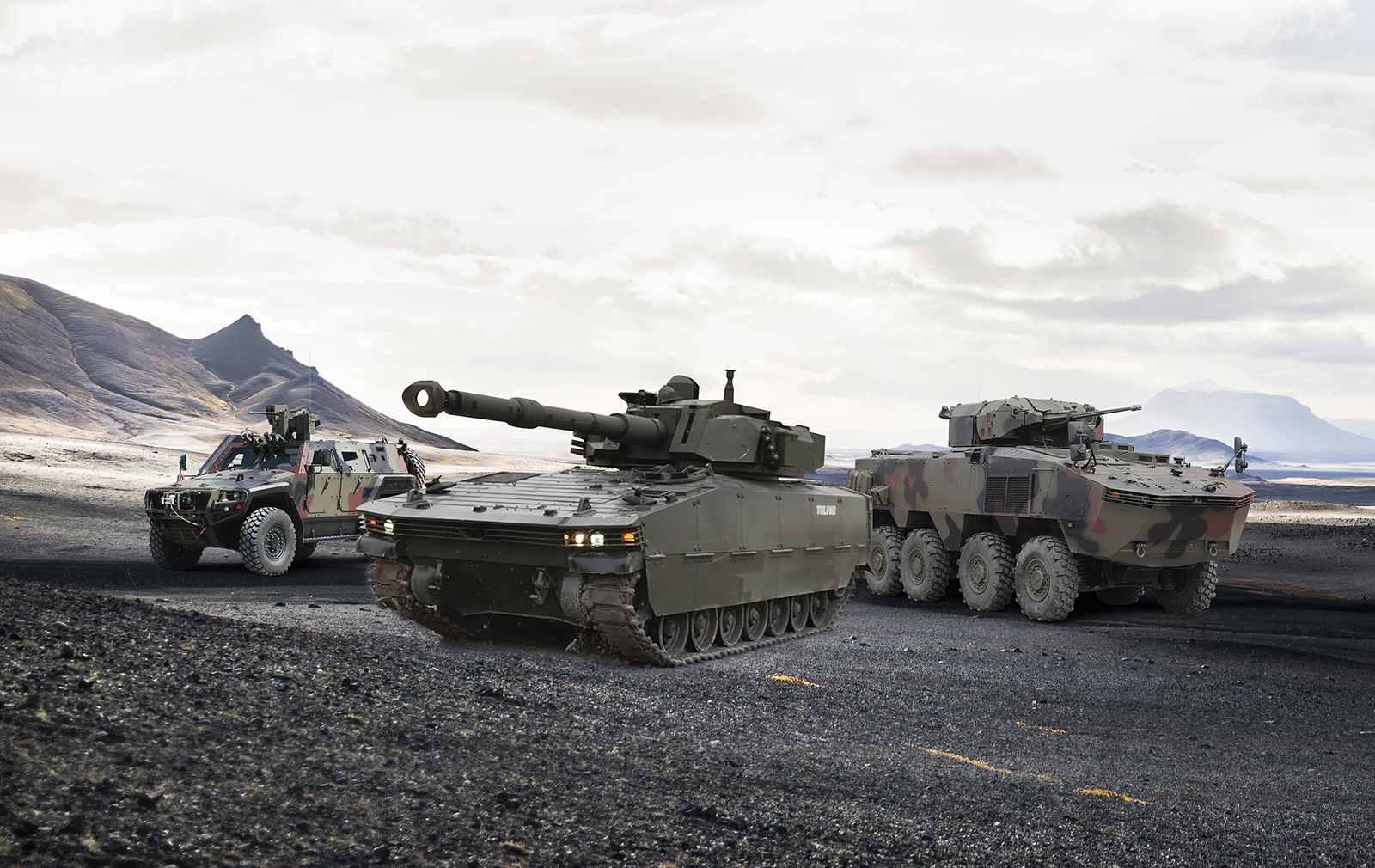 In addition to providing an effective solution in missions that require high fire and destruction power, TULPAR can serve in all kinds of combat environments from urban, built-up areas and light bridges to woodlands and all terrains especially soft surfaces where main battle tanks are unable to operate due to their heavy weights.

OTOKAR TULPAR-S: GUARDIAN OF THE WARRIORS

Named after the mythical winged horse that guards the warriors in the Epic of Manas, TULPAR-S is designed as a light tracked vehicle offering a common platform for mission specific variants such as infantry fighting vehicle, armored personnel carrier, armored weapon carrier, maintenance and recovery vehicle, command and control, ambulance, reconnaissance vehicle.

COBRA II offers high level of protection, payload capacity, and large internal volume. In addition to superior mobility, COBRA II also comes with the capacity to accommodate 10 personnel including the driver and commander, offering high protection against ballistic, mine and IED threats. Delivering high performance in the toughest terrain and climate conditions with high power to weight ratio, COBRA II is tested rigorously in different parts of the world, on toughest terrain and climate conditions, and made thousands of miles. Preferred especially for offering a wide range of weapons integration and mission equipment options, COBRA II is successfully used for border protection as well as internal security and peacekeeping missions in Turkey and export markets. The modular structure of COBRA II also makes the vehicle a flexible platform to be used as a personnel carrier, weapons platform, ground surveillance radar, CBRN reconnaissance vehicle, command control vehicle, and ambulance.

MADE FOR THE MOST DEMANDING MISSIONS: COBRA II MRAP

COBRA II Mine-resistant Ambush Protected Vehicle (COBRA II MRAP) is developed to ensure high survivability in risky areas. The vehicle provides superior protection for the crew against ballistic, mine and IED threats while maintaining high cross-country mobility in battlefield conditions with its independent suspension system.  It is specifically designed to provide high reliability, ease of maintenance and quick removal / installation of power pack.

With its modular design, COBRA II MRAP provides high payload and spacious internal space for integration of weapon systems and mission equipment. The vehicle can be configured with alternative seating layouts for up to 11 personnel with 3 or 5 door configurations as per specific user requirements.

COBRA II Armored Medical Evacuation Vehicle, which made its debut at IDEF 2019, is designed to provide high terrain capabilities with mine and ballistic protection, and intended to carry out all interventions expected from a standard medical evacuation vehicle. The COBRA II medical evacuation vehicle can deliver high performance even on wet and muddy terrain and enter into the heart of combat fields to evacuate wounded people and carry out emergency intervention in dangerous zones. In order to serve as a medivac vehicle, the height and width of the standard COBRA II were increased for the mission, creating more interior space. The rear door was specially designed as a ramp door for ease of loading of stretcher(s).

The URAL platform, a unique product of Otokar’s innovative approach, is designed as a versatile and modular solution to meet the requirements of different users for 4×4 armored or unarmored tactical vehicles in various configurations. With a modular structure and dimensions, the URAL platform can be easily adapted to different missions’ equipment, weapon systems, and configuration requirements. It is still used in various missions in Turkey and abroad. Otokar showcases the URAL Personnel Carrier with the BAŞOK turret system, also an Otokar design, at IDEF.