The Turkish company Roketsan has developed a new 122mm caliber missile with laser seeker capability named TRLG-122 that was exhibited for the first time during the International Defense Exhibition IDEF that was held in August 2021. 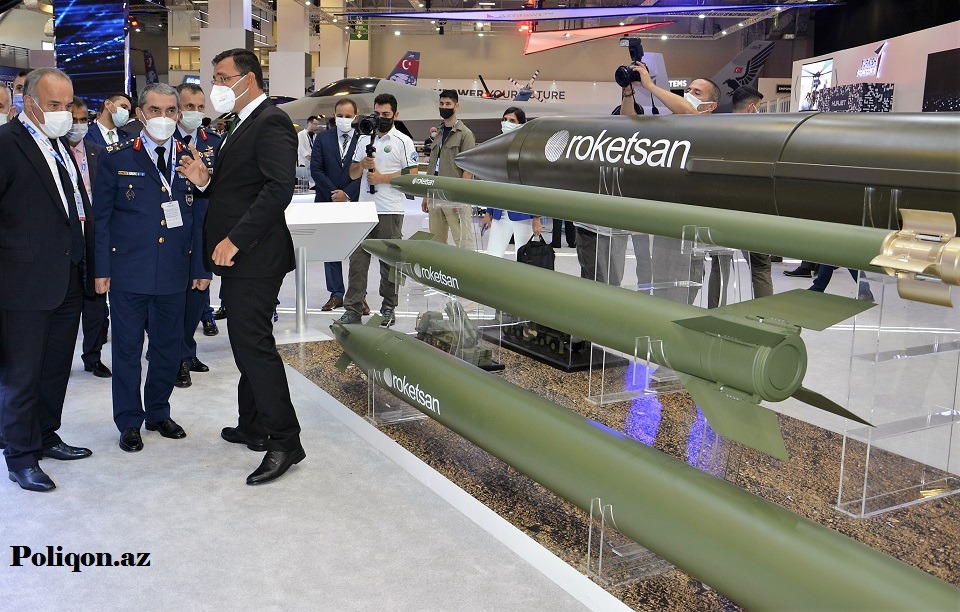 The Turkish company Roketsan is a global leader in the development of missiles and rockets for land, air and sea combat platforms. With its new TRLG-122, Roketsan has incorporate laser seeker capability to 122-millimetre missile.

The TRLG-122 seems to be an enhanced version of the TRG-122, a precision precision-guided artillery rocket designed to provide high firepower against high pay-off surface targets at long ranges. This rocket is guided by a satellite navigation system that uses either a global positioning system (GPS) or global navigation satellite system (GNSS).

Roketsan’s 122-mm TRLG-122 Missile was developed to provide effective firepower against high-priority targets at ranges between 13–30 km, thanks to its high accuracy and destructive power. As the design verification activities continue, Roketsan aims for the signing of the TRLG-122 Missile project contract within a year, to be followed by its entry into mass production.

The TRLG-12 is guided thanks to an Inertial Navigation System and Semi-Active Laser Seeker.
The seeker of the semi-active laser guidance system can detect the echo signals of the illuminated target in real time, within an effective range and calculate the angle of sight line which can generate guidance information to guide a missile to the target.

The TLRG-122 has a diameter of 122mm and a weight of 76 kg. The missile has a High Explosive with steel ball warhead weighting 13.5 kg. It has an accuracy of less than 2 m and can be used to destroy artillery and air deense systems, radar site, troops on the move, buidings or facilities and high priority targets.

The TRLG-122 Missile, which can be transported, stored and used in a ready-to-fire condition, will also facilitate the user’s supply and preparation processes on the field.