Following meetings between Belarusian President Alexander Lukashenko and his Russian counterpart Vladimir Putin in Moscow, it was announced that multiple new arms deals had been made to modernise the Belarusian Military’s capabilities particularly in the field of aerial warfare. Lukashenko stated to this effect: “I 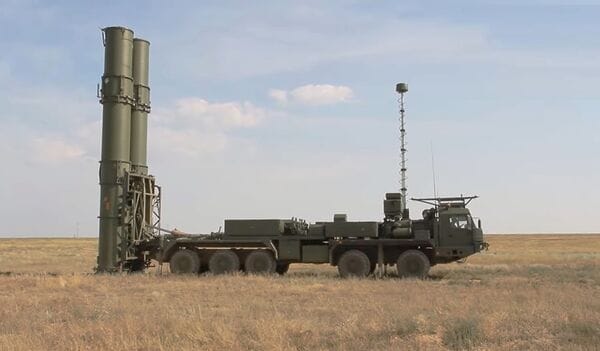 am very grateful to the Russian leadership, military and the Russian defence industry for agreeing on a whole list of weapons that will be here by 2025. It is, indeed, about a dozen planes … some of them have already arrived. These are several dozen helicopters, Tor-M2…I will not name the total amount, although this is not a big secret, it is more than $1 billion.” The two countries agreed on 28 programmes for cooperation as part of the Union State of Russia and Belarus, with the two moving to set up three joint training centres for aerial warfare. Belarus is considered Russia’s only major defence partner in Europe, and as Minsk’s relations with the West deteriorated from the latter half of 2020 it has grown closer to Moscow with the possibility of a formal unification having been raised.

President Lukashenko indicated that Belarus is likely to receive S-400 air defence systems as part of its arms contract, part of the costs of which will be covered by Russian loans. It was also revealed that the president was briefed in Russia on the capabilities of the new S-500 air defence system which is set to enter service by the end of the year. It has long been speculated that Belarus could be a leading potential client for the S-500 once it begins to be offered for export later in the decade, alongside Algeria, China and India. The S-500 is prized for a number of advanced features including its very high degree of situational awareness, its 600km engagement range, its ability to intercept hypersonic and space targets including satellites and ICBMs, and its ability to network with older air defence systems such as the S-400 to maximise situational awareness.

Providing S-500s to Belarus at favourable prices would be strategically advantageous for Russia as intelligence is shared between the two treaty allies, and would allow the alliance to target enemy aircraft and satellites deeper into NATO territory including over much of Germany due to the system’s very long range. The S-500’s entry into service has been delayed by over four years, reportedly due to the system’s required specifications becoming more ambitious to counter emerging threats from space and hypersonic weapons. While a briefing for President Lukashenko may have ben prepared to provide reassurance in the capabilities of Russian air defences, which could be integrated with the S-400s that Belarus is thought to have just purchased, a significant possibility remains that a sale of the systems to Belarus is under consideration.