Rheinmetall unveiled a Mission Master unmanned ground vehicle (UGV) with an MBDA Brimstone missile launcher at Defence and Security Equipment International (DSEI) 2021, being held in London from 14 to 17 September. 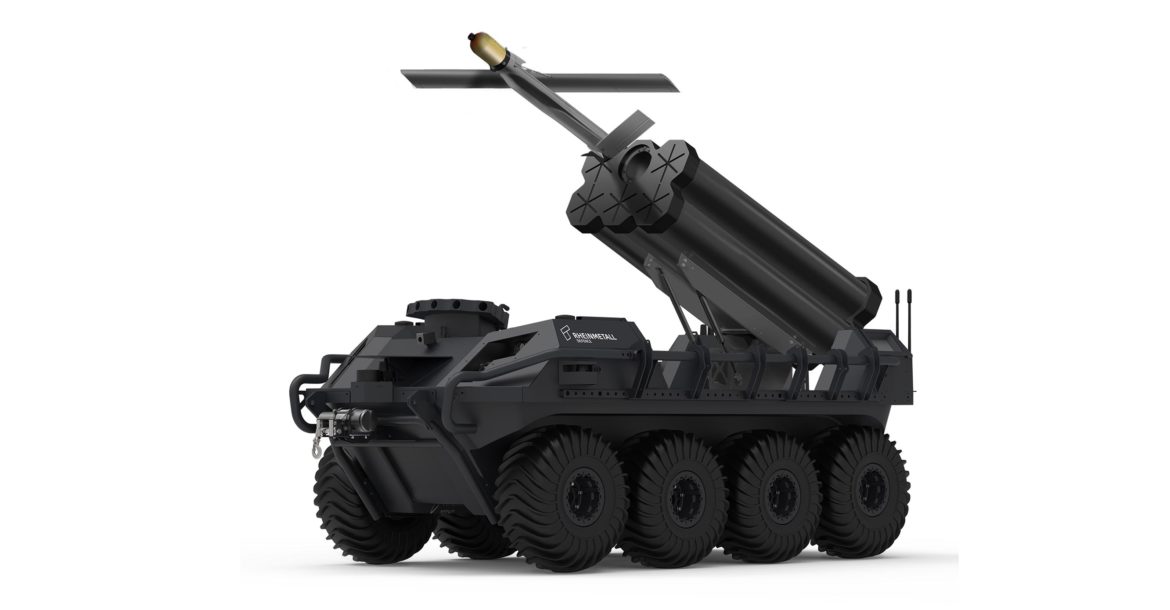 The four-cell missile launcher is mounted on a 4×4 Mission Master XT (Extreme Terrain) hybrid UGV, which has larger wheels than the other vehicles of the type and has a continuous tyre inflation system allowing it to operate with 2 cm holes in its tyres on ice, snow, and sub-zero weather conditions in sandy, rocky, and mountainous terrain. The fully amphibious platform can float and swim with a 1,000 kg payload, according to Rheinmetall.

The Mission Master XT’s diesel engine gives the UGV a range of 750 km without refuelling and its lithium-ion batteries give it an endurance of six hours in silent mode.

Rheinmetall told Janes that the Brimstone-armed Mission Master XT would be demonstrated next year operating with main battle tanks, staying ahead of them to protect them.