According to information published by the “Jewish News Syndicate” website on October 1, 2021, the Czech Ministry of Defense has signed a $627 million deal to purchase the Israeli-made Spyder surface-to-air defense missile system. 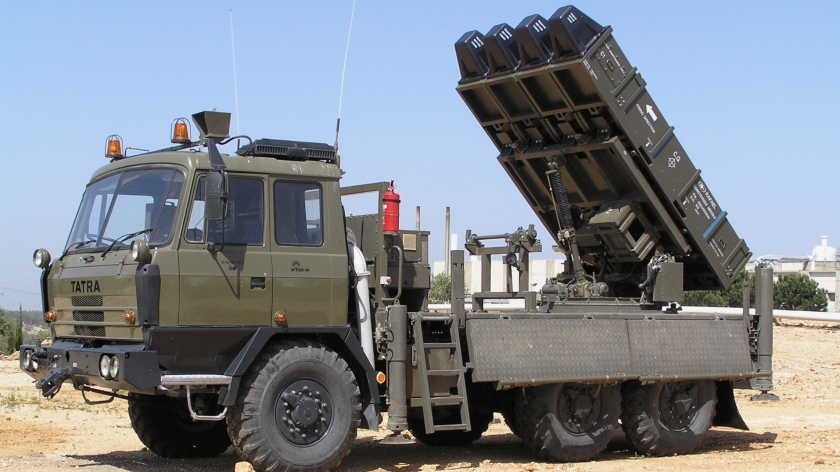 Citing a Czech Army report, the first delivery of four new Spyder surface-to-air missile system launchers is scheduled for 2026 and will be used for at least 20 years.

The Spyder is a truck-mounted mobile air defense system designed and manufactured by the Israeli company Rafael. The Spyder family includes short/ Extended/Medium/Long Range mobile air defense systems able to defend large areas against a wide spectrum of threats, such as attack aircraft, helicopters, bombers, cruise missiles, UAVs, and stand-off weapons. The systems are operational and combat-proven and provide excellent protection of valuable assets, as well as first-class defense for forces located in the combat area.

The Spyder systems incorporate the most advanced, proven performance air-to-air-missiles: the Python-5- dual waveband imaging infrared (IIR) missile, the I-Derby – active radar beyond visual range (BVR) missile, and I-Derby ER long-range missile, based on two pulse advanced rocket motors. The Spyder-MR (Medium Range) and Spyder-LR (Long-Range) use the same missiles with a booster assembly. The missiles can also be used for air-to-air missions.

SPYDER-SR and SPYDER-ER 360° slant launching missile systems provide quick reaction, lock-on-before-launch (LOBL), and lock-on-after launch (LOAL) capabilities while extending the range of defense to up to a 40 km radius.

SPYDER-MR and SPYDER-LR offer medium and long-range target interception through vertical launch while pushing the defense envelope up to an 80 km radius.

Both systems enable a 360° launch within seconds of the target being declared hostile ‒ and provide all-weather, multi-launch, and net-centric capabilities. The systems have advanced ECCM capabilities and use electro-optical observation payloads as well as wireless data link communication.