According to information published by the “Defence & Technology” website on November 9, 2021, the ARMA 8×8 armored vehicle fitted with the Nefer unmanned weapon station has successfully conducted trial tests with the Kazakhstan Ministry of Defense. The ARMA 8×8 is designed and manufactured by the Turkish company Otokar. 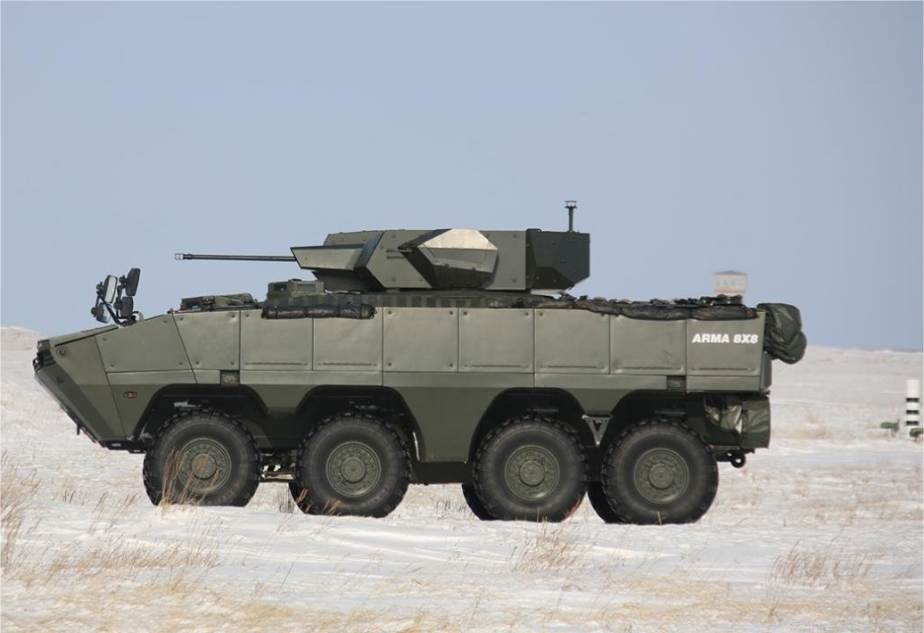 During 6 months, the Kazakhstan Ministry of Defense has conducted extensive trial tests with the Otokar ARMA 8×8 armored vehicle fitted with the Nefer unmanned weapon station. in March 2021, it was reported that the Turkish company OTOKAR has delivered ARMA 8×8 armored to perform extensive tactical, technical, firing and other operational field tests as well as experimental military operations in various climatic conditions.

The ARMA is a series of 6×6 and 8×8 wheeled armored vehicles fully developed and designed by the Turkish company OTOKAR. The vehicle was unveiled in May 2013 during the 11th International Defense Industry Fair (IDF) that was held in Istanbul, Turkey.

The ARMA 8×8 is based on an armored monocoque V-shaped steel hull designed to increase vehicle and crew survivability by deflecting an upward directed blast from a landmine or Improvised Explosive Device (IED) away from the vehicle, while also presenting a sloped armor face. The hull of the vehicle provides protection against kinetic energy (KE) projectiles and fragments, mines, rocket-propelled grenades (RPGs), explosively formed penetrators (EFPs), and improvised explosive devices (IEDs).

The layout of the vehicle consists of three main parts with driver position and engine at the front, combat module in the middle, and troops compartment at the rear. The top of the hull can be fitted with a wide range of weapon stations that can be armed with machine guns and cannons up to 105mm caliber. The vehicle has a crew of two including driver and commander and can accommodate up to 10 infantrymen.

The version of the ARMY 8×8 delivered to the Kazakhstan Ministry of Defense was fitted with the Nefer unmanned weapon station designed by the Turkish company Aselsan. The turret has the capability to fire on the move on static and moving targets. The turret is armed with one 30-millimeter 2A42 automatic cannon and one 7.62mm coaxial machine gun. The turret is equipped with day and night imaging, automatic target tracking, automatic ballistic calculation, laser range finder for accurate ballistics, computer-based fire control functions, fired rounds counter, or last ammunition warning.