Today’s defence scenarios require absolute dominance of the airspace, irrespective of the threats and the operational complexity. The need for Integrated Air and Missile Defence (IAMD) solutions is even more significant since they allow a synergistic approach and real-time coordination of all available sensors and weapons, making it possible to counter any kind of threats. 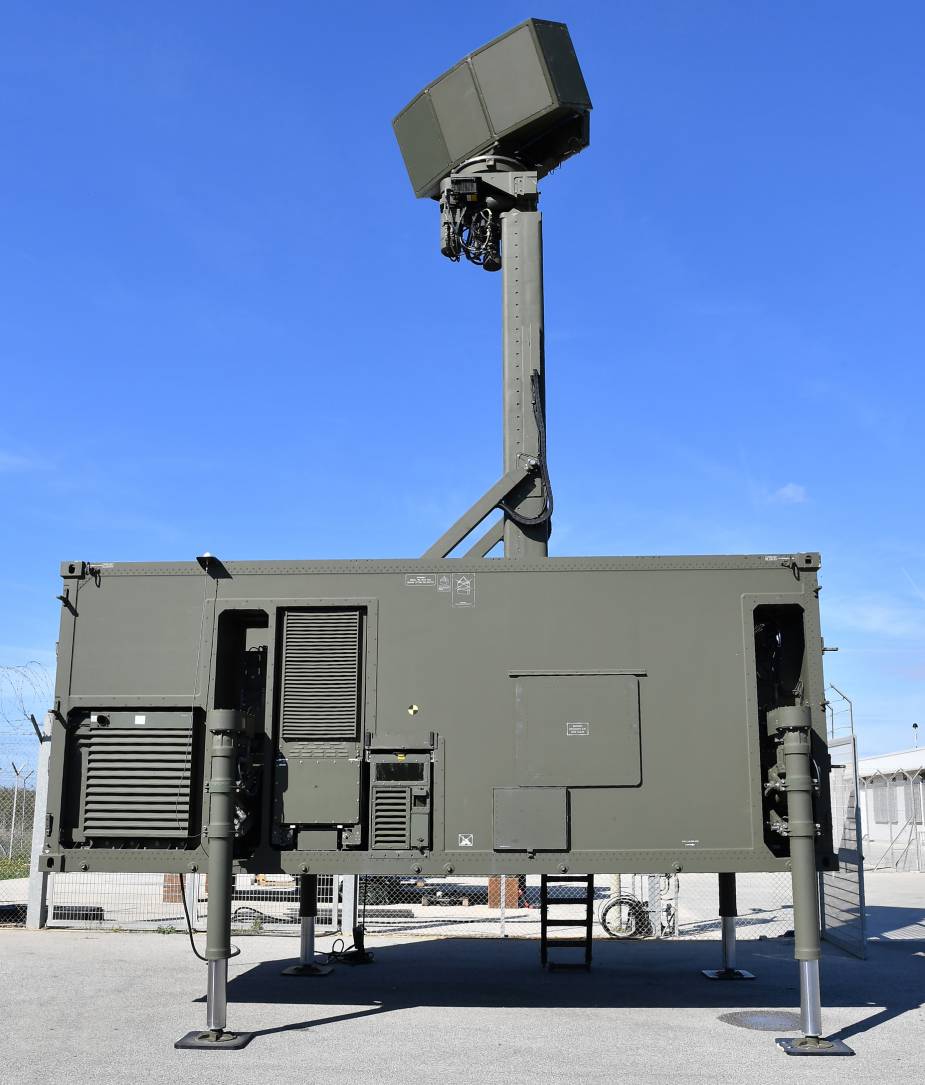 The advanced radar technology of Leonardo’s Kronos family fits perfectly into this long-term perspective. The Kronos radars, designed for the land and naval domains and available in fixed and mobile versions, perform multiple functions simultaneously, for a wide variety of multiple operational missions (MFRA radars) by the exploitation of the AESA advanced technology (Active Electronically Scanned Array).

The constituent digital Transmission and Reception Modules (TRMs) are developed and manufactured in-house by Leonardo, in a foundry that is recognized to be a technological centre of excellence in Europe and worldwide.

The Kronos radars mainly operate in the C-band. The L-band variants are available for some long-range land and naval applications. All the variants can perform surveillance, tracking of airborne targets and provide guidance for active and semi-active missiles. Within a specific tactical or strategic scenario, the Kronos systems automatically schedule and perform the many different activities on a priority basis, while scanning the search volume both in azimuth and elevation.

Highly mobile and fast in deployment, the Kronos Land is able to detect and follow high maneuvering targets, hovering and low-altitude targets. The system is equipped with an AESA C-band antenna which enables surveillance and tracking and can support threat assessment and fire control activities against different types of air and sea threats, including aircraft (ABTs), high-speed missiles, low-level UAVs, helicopters in flight, rockets, and artillery shells (C-RAM capability), as well as ships and small boats of any size.

Kronos Land can be easily integrated into a surveillance network and can control short-range (SHORAD) and very short-range (VSHORAD) air defence systems. It also offers superior Counter-UAS (C-UAS) capabilities. The radar has a surveillance range of up to 250 km. Thanks to its compact design, the Kronos Land is hosted in one single standard ISO 20 ft container and it is transportable by commercial trucks, helicopters, planes, ships, or trains. The radar can be deployed to sites by two people and made operational in ten minutes.

Designed for tactical ground operations requiring air and coastal surveillance and defense over an extended range, the Kronos Grand is a highly compact and mobile multifunctional system able to ensure a 3D wide surveillance coverage of 300 km.

The Kronos Grand shares the same technology and design as the Kronos Land, but features a larger antenna, in order to extend the surveillance and tracking capabilities to TBM threats. Also the Kronos Grand can be integrated in Medium Range (MRAD) Air Defence systems and can be hosted in one single 20-ft container.

Both Kronos Land and Kronos Grand consist of a rotating antenna. Horizontal scanning is performed at 60 revolutions per minute (rpm), while multiple beams are electronically and concurrently driven in elevation up to 90° for tracking purposes. Kronos system also features sophisticated ECCM (Electronic Counter Counter Measures), to prevent environmental and intentional interference and to provide Low Probability of Detection (LPD) characteristics.
Among the latest technologies developed by Leonardo, the Kronos Grand Mobile High Power represents an enhanced version of the Kronos Grand Mobile developed to face emerging challenges. It is equipped with a rotating antenna and with an architecture able to fit more powerful TRMs.

The multifunction AESA Kronos Ground Shield radar has been developed by Leonardo for long-range surveillance and ballistic missile defence, thanks to its very extended surveillance range, its high data rate and excellent detection accuracy. It operates in the L-band.

In addition to Italy, several customers around the world, including South America, the Middle East, and the Far East, have already chosen the advanced and continuously updated technology of the Kronos family.

Smart radar networks based on Kronos have been implemented by Leonardo for prominent customers, including specialized and Cyber-Secured Command, Control, and Communication and Information (C4I) solutions; their technical and operational effectiveness has been proven on the field.