According to information published by the Chinese Ministry of Defense on November 11, 2021, the new Chinese-made WZ-7 nicknamed Soar Dragon, High-Altitude Long Endurance (HALE) drone type was deployed for the first time by the Chinese armed forces to conduct live combat training. The WZ-7 is considered as one of the largest 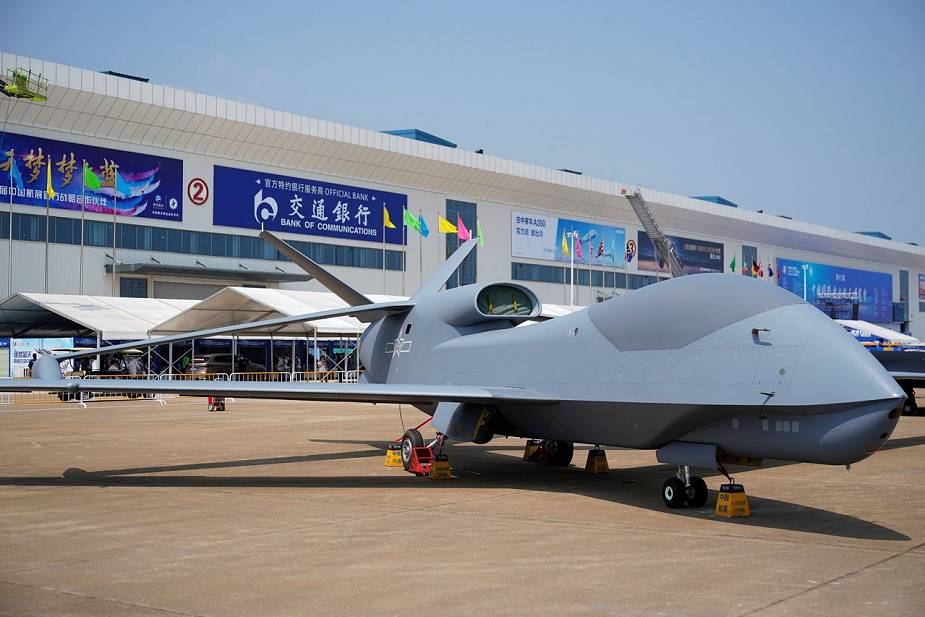 reconnaissance drones in the world.

During a recent exercise involving multi-type aircraft, by giving full play to its advantages of high-altitude and long-endurance capability, the WZ-7 High-Altitude Long Endurance (HALE) drone quickly captured target traces based on battlefield situation and uploaded the acquired information to the command post, thus providing strong support for the airborne fighter groups to carry out penetration and assault operations.

As a new type of unmanned combat equipment, the WZ-7 drone has been deeply integrated into the Chinese armed forces’ realistic combat training system, demonstrating that the PLAAF has made significant progress in using advanced combat means to accelerate the improvement of its systematic combat capability.

The WZ-7 HALE drone was unveiled for the first time to the public during the edition 2021 of Zhuhai Airshow. The drone was designed by the Chengdu Aircraft Industry Group and constructed by the Guizhou Aircraft Industry Corporation. It features a unique design using a tandem wing with one in the middle of the fuselage and one at the rear. The tandem wing allows a more rigid, less flexible wing than other configurations, with benefits said to include an increased lift-to-drag ratio and less complex flight controls than a HALE UAV with a conventional wing would require.

The WZ-7 will be used by the Chinese armed forces to conduct reconnaissance missions but according to Chinese military sources, it could be equipped with sensors suitable for designating naval vessels for targeting by anti-ship ballistic missiles and cruise missiles. The drone can provide data for ballistic missile launcher units such as the DF-21D. In addition, it is equipped with advanced battlefield communication and electronic jamming equipment, which can be used as a high-altitude communication transfer class, and it can also fly to the opponent’s fleet to turn on electronic jamming equipment.