According to information published by the “Military & Aerospace Electronics” website on November 18, 2021, the U.S. Army could request more Stryker-mounted 50-kilowatt laser prototypes that could be delivered during the fiscal years 2023 and 2024. 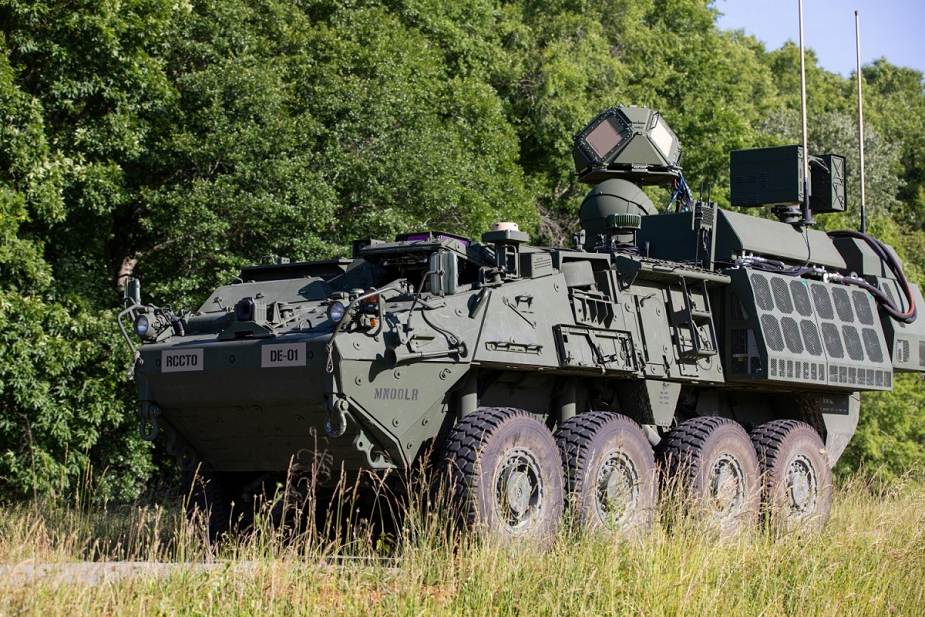 The American company Kord Technologies is the prime on the contract, lead integrator and is providing the power management and cooling system.

Kord provides proven experience in High Energy Laser (HEL) weapon systems engineering and integration, highlighted by our prime contract to integrate and deliver a laser weapon system prototype on a Stryker combat vehicle. Designed to counter or defeat Unmanned Aerial System (UAS) threats on the battlefield, Kord is partnering with industry-leading technology developers and government partners to bring this new capability to the tactical edge of the battlefield.

In August 2021, US Army has announced the successful evaluation of a new directed-energy capability, moving the service one step closer to fielding a platoon of four laser-equipped Stryker combat vehicle prototypes in 2022.

The Directed Energy Maneuver-Short Range Air Defense system, or DE M-SHORAD, is a 50kW-class laser mounted on Stryker 8×8 armored vehicle designed to protect divisions and brigade combat teams against unmanned aircraft systems, rotary and fixed-wing threats, rockets, artillery, and mortars. The unique design of the DE M-SHORAD leverages Stryker’s gas-powered engine to energize its batteries, cooling system, and laser. The self-contained system has enough electricity to address multiple threats at a time before needing a period to recharge.