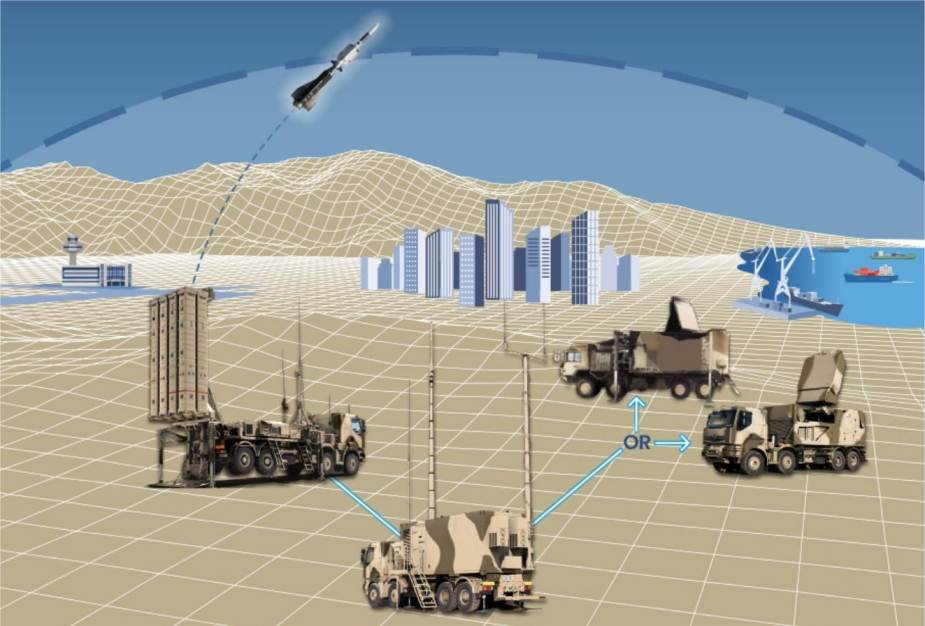 The SAMP/T also nicknamed Mamba by the French Air Force is an air defense missile system able to destroy aerial targets as manned and unmanned aircraft, cruise, and ballistic missiles using the MBDA Aster 30 surface-to-air missiles. The system is in service with France, Italy, and Singapore.

The SAMP/T is designed to protect the battlefield and sensitive tactical sites (such as airports and seaports) against all current and future airborne threats.

A battery of SAMP/T includes a fire control system based on the ARABEL multi-function electronic scanning radar and a Vertical Ground Launcher mounted on Italian Astra/Iveco and French Renault-KERAX 8×8 trucks and capable of firing eight missiles in rapid sequence.

The SAMP/T NG (New Generation) will use the ASTER Block 1 NT (New Technology) equipped with a new seeker and a new computer able to face the new emerging threats. The new version of the SAMP/T has a new upgraded launcher featuring new electronic equipment.

The SAMP/T NG battery will include a new multifunction rotating Active Electronically Scanned Array radar able to detect targets at a maximum range of 350 km on 360° coverage and the ability to track over 1,000 targets. The command and control vehicle is also upgraded with open command and control software architecture and enhanced connectivity.