Russian Air Force Academy cadets have developed a one-of-a-kind secret spy drone the design of which resembles an ordinary rock.

Due to its disguise, this fake rock will be indispensable in trench warfare, said cadets.

The fake rock is equipped with a set of sensors and a camera and can move discreetly thanks to the tracked base. 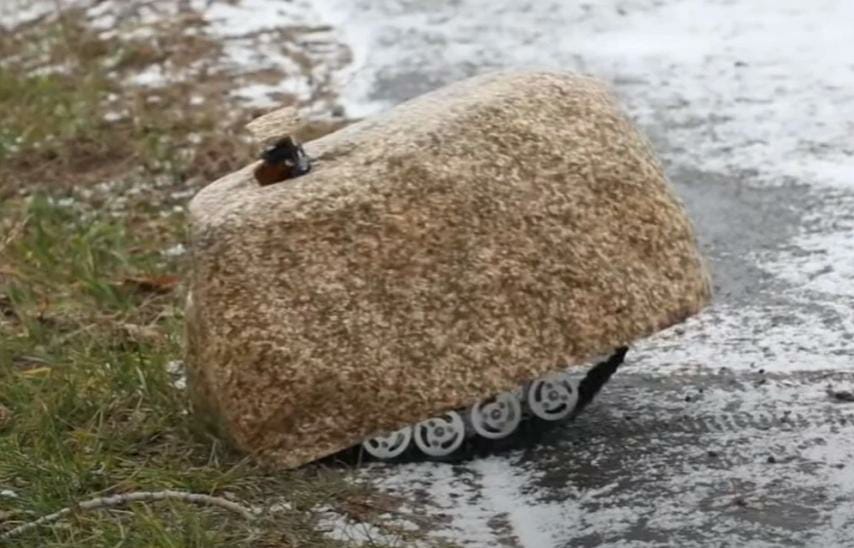 “The main problem was that the creation of this design implies a compact arrangement of all modules on a tracked platform. The second feature of this complex is the integration of two languages for the operation of this complex. These are C # and Python, ”noted Nikolai Yemets, a cadet of the Air Force Academy.

When a signal from the motion sensor is triggered, the stone comes to life, cam, microphone. The complex can conduct reconnaissance for 15 hours, while the operator is at a distance of two kilometers.