According to the Iranian technical brochure and video published on Internet, Iran has developed the AD-200, a new long-range surface-to-air defense missile system that could be the export version of the Iranian-made BAVAR 373. This information was released to the Iranian MoD export catalog of military equipment.

First information, of the BAVAR 373, Iranian-made air defense missile system was revealed in August 2016 and the system was formally unveiled during a ceremony attended by the Iranian President Hassan Rouhani on 22 August 2019 and was declared operational the same day. 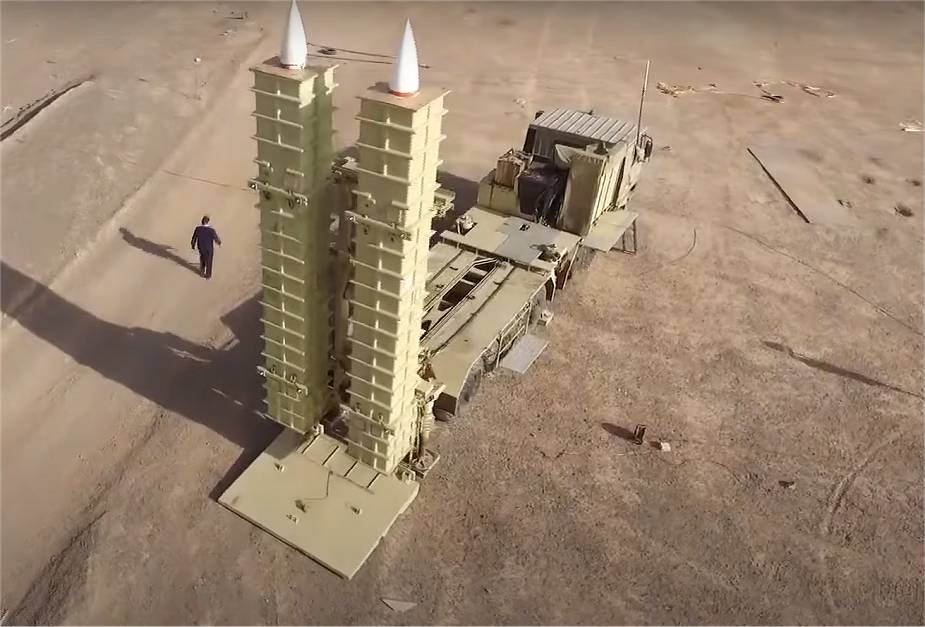 The Bavar 373 TEL (Transporter Erector Launcher) vehicle is fitted with two rectangular launch canisters each with a Sayyad-4 missile ready to fire. According to Iranian military sources, the missile is able to intercept aerial targets at a maximum range of 200 km and an altitude of up to 27 km.

Bavar-373 uses phased array radar for tracking aerodynamic targets and ballistic missiles in medium to long ranges, mounted on the ZAFAR heavy truck. The radar system of the BAVAR 373 can detect targets at a maximum range of 260 km, can track 300 targets, and engage simultaneously 6 aerial targets.

According to information published in the Iranian weapons export catalog, the AD-200 is an air defense missile system designed to intercept aerial targets at long-range and long-altitude. The air defense system is able to be used in all-weather conditions and can engage simultaneously six targets with 12 missiles. The AD-200 missile can destroy a wide range of aerial targets as aircraft, helicopters, UAVs (Unmanned Aerial Vehicles), and cruise missiles.

Citing the technical features published on the Iranian weapons export catalog, the missile can destroy aerial targets with a range from 5 to 200 km and an altitude from 100 m to 27 km. The missile has a diameter of 515 mm, a total weight of 2,050 kg with a warhead of 180 kg. The missile has an inertial guidance system updated via data link semi-active and active radar homing.

The AD-200 SR Search and surveillance phased-array radar is able to acquire and detect targets at a maximum range of 320 km with an azimuth of 360° and elevation from -3° to +85°. It can detect 200 targets simultaneously.

The AD-200 TR Target Tracking Phased-array Radar is able to track targets at a maximum range of 260 km with an azimuth of 360° and elevation from -3° to +85°. It can track 6 targets simultaneously.