According to information released on January 10, 2022, BAE Systems has signed new support, sustainment, and readiness agreement with the Norwegian Army for its fleet of 144 CV90 Infantry Fighting Vehicles, 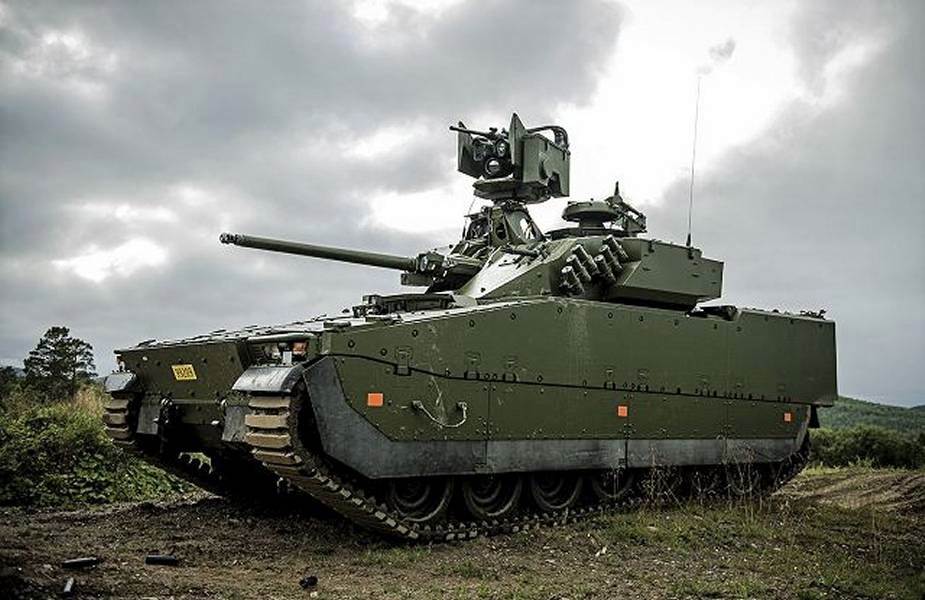 securing a new contract model to support the availability and continuous modernization of the fleet.

The seven-year agreement with the Norwegian Defence Logistics Organisation governs the purchase of components and equipment, as well as management and engineering work. It includes maintenance of the System Integration Lab, which ensures that both the customer and BAE Systems can monitor vehicles’ current conditions and state of readiness to optimize vehicle performance and capabilities across the fleet.

“We are pleased to sign this contract to further secure the CV90 fleet for the future, both for ongoing sustainment and incremental capability upgrades,” said Maj. Gen. Lars Christian Aamodt, head of the Norwegian Defence Logistics Organisation. “We have today one of the world’s most modern Infantry Fighting Vehicles able to advance combined arms with air and sea systems. With this contract, we aim to stay in this position for many years to come.”

This incremental upgrades and continuous improvements model, carried out as a combined effort between the Norwegian Army, local industry, and BAE Systems Hägglunds, will keep the combat-proven CV90 among the world’s most advanced Infantry Fighting Vehicles in service.

“We look forward to strengthening the trust and cooperation we have with our Norwegian customer, and building on the positive experiences with our Norwegian industry partners who are an essential part of this contract,” said Tommy Gustafsson-Rask, managing director of BAE Systems Hägglunds, which manufactures the CV90. “We are committed to going the extra mile to serve our Norwegian customer, along with other countries who operate the vehicle, who all benefit from being part of the CV90 User Club.”

BAE Systems Hägglunds, based in Örnsköldsvik, Sweden, is currently working closely with its Norwegian industry hub, including small and medium-sized businesses, to deliver 20 additional new CV90s to the Norwegian Army. The order includes engineering and multi-carrier variants as part of its effort to grow and modernize in the face of evolving threats.

Norway is one of seven European users operating the CV90. The others are Denmark, Estonia, Finland, Switzerland, Sweden, and the Netherlands. With close to 1,300 vehicles in service in multiple variants, the vehicle is designed to accommodate future growth to meet evolving missions.

According to the Military Balance 2020, the Norwegian army has a total of 91 CV9030 tracked armored vehicles including 76 vehicles in IFV (Infantry Fighting Vehicle) configuration, 15 CV9030COM Command Post vehicles, and 21 CV90 MkIIIb reconnaissance vehicles.

Citing open sources information, Noway has a total of 164 CV90 in all variants. 104 CV9030Ns were purchased in 1994. 17 of these were later upgraded with air-conditioning, additional mine protection, and rear-view cameras, and were designated CV9030NF1. In April 2012, the Norwegian Government proposed to upgrade all CV90s in the Norwegian Army’s inventory, in addition to acquiring more vehicles. In June 2012, a deal was signed with BAE Systems Hägglunds and Kongsberg Defence & Aerospace for the acquisition of 144 new/upgraded vehicles, including 74 infantry fighting, 21 reconnaissance, 15 command, 16 engineering, 16 multi-role, and two driver training vehicles. On February 18, 2021, it was announced that Norway had ordered another 12 combat engineering vehicles and 8 multi-role vehicles.

The CV9030 is an export version of the CV90 IFV (Infantry Fighting Vehicle) fitted with a two-man turret armed with a 30 mm Bushmaster II automatic cannon. The hull of the CV9030 is of all-welded steel construction with the driver seated front left, power pack to his right, turret in the center and offset to the left, and troop compartment at the rear of the hull. The vehicle accommodates eight infantrymen which are seated at the rear of the hull The eight infantrymen are seated on four each side facing each other, with each man having a bucket-type seat which is also provided with a seat belt. The infantry enters and
leaves via a large door in the rear that opens to the right, which is equipped with a single vision block with an associated firing port in the center.