According to information published on the Twitter account of KAD-GHANI on January 10, 2021, the Army of Algeria starts to receive a new Chinese 120mm self-propelled mortar carrier mounted on the HAFEET 640A 6×6 tactical vehicle, designed by the UAE-based company NIMR and manufactured under license in Algeria. 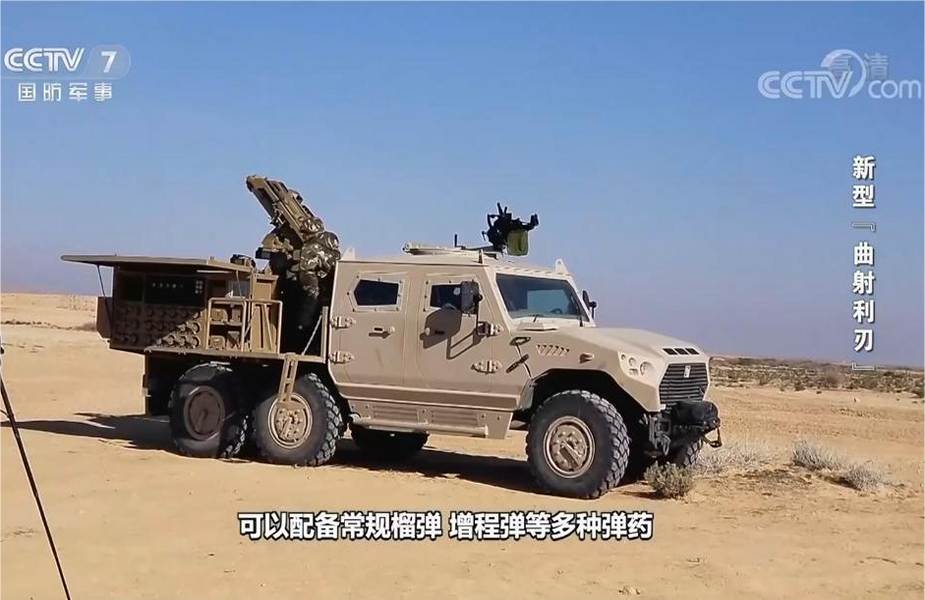 Citing information published by KAD-GHANI, the Chinese 120mm mortar system mounted on the HAFEET 640A 6×6 tactical vehicle was introduced a year ago at the NIMR factory in Algeria.

The NIMR Hafeet class is a family of 6×6 multipurpose vehicles fully designed and produced by the Emirati defense vehicle manufacturer NIMR Automotive. The Hafeet 640 is a 6×6 armored patrol vehicle with a four-man cabin protected against IED, blast, and ballistic threats. The rear part of the vehicle is fitted with a cargo area platform that can be equipped with a variety of mission systems and weapon system loads.

According to our first analysis, the Chinese 120mm mortar system seems to be equipped with a recoil reduction system that reduces the mortar’s firing loads, as the Israeli-made SPEAR. That type of mortar system offers the advantage to be easily integrated on light tactical vehicles such as HMMWVs, jeeps and other high-mobility rapid deployment wheeled platforms as well as bigger wheeled or tracked platforms.

We can also assume that the HAFEET 640A 120mm mortar carrier is equipped with computerized aiming and navigation devices, enabling the mortar system to be operated autonomously and aimed without the need for external reference points.