According to a video released by the Chinese television CCTV on January 16, 2022, China has developed a four legged-robot which seems very similar to the Legged Squad Support System (LS3) developed by the U.S. DARPA (Defense Advanced Research Projects Agency) in collaboration with the American company Boston Dynamics. 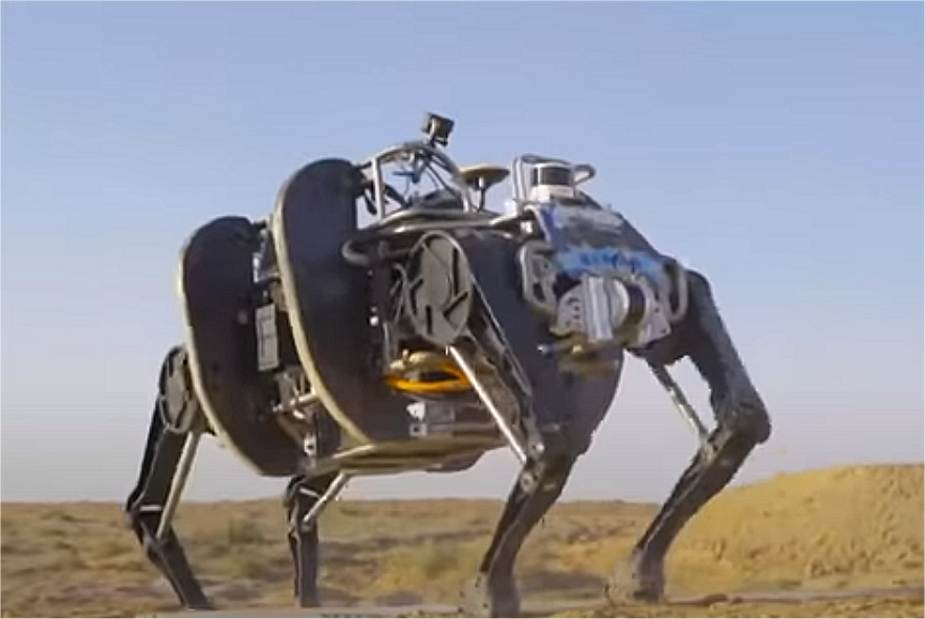 According to the Chinese source, the new Chinese-made four legged-robot is dubbed mechanical yak and has been designed to conduct logistic and reconnaissance missions in all-terrain conditions and especially in mountainous regions.

The mechanical yak was approximately the shape and size of a cow. the robot seems to be equipped with cameras mounted into the ‘head’ of the robot as well as sensors to detect the terrain and all the external environment.

The mechanical yak is able to carry up to 160 kg of payload and it can run at a maximum speed of up to 10 km/h. Thanks to its unique design, the robot has demonstrated its mobility by climbing and descending a hill and exercising its perception capabilities. It can be used in all types of terrains including steps, trenches, and cliffs. It can move forward and backward, turn, walk diagonally, sprint, dash, and jump in a stable manner.

According to the CCTV television report, the mechanical yak could be the future cargo robot for Chinese military forces and will be able to transport and deliver munitions, foods, or combat equipment in environments like plateaus, mountains, deserts, and forests that are not accessible to standard vehicles.

This type of robot is also designed to help alleviate the physical weight on troops and follow troops through rugged terrain and interact with troops in a natural way, similar to a trained animal and its handler.