Israeli company Smart Shooter unveiled on 10 January its Smash Dragon system, which enables small multicopter unmanned aerial vehicles (UAVs) to be armed with infantry weapons, saying it has completed live-fire tests and is in 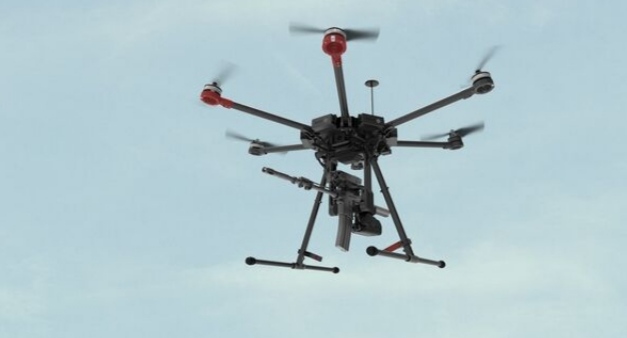 an advanced stage of development.

The Smash Dragon consists of a mount that it attached to the underside of the multicopter to carry the weapon, which can be various types of assault rifle, sniper rifle, or 40 mm grenade launcher. A version of the company’s Smash fire-control system is fitted to the top of the weapon like a standard sight, the difference being that its view is transmitted back to the UAV’s operator.

The Smash family incorporates target-acquisition and -tracking algorithms, as well as augmented-reality displays that tell operators where to aim to hit the designated target.

“Extremely lightweight and therefore allowing long mission endurance, Smash Dragon integrates a unique stabilisation concept with the Smash technology that enables the system to accurately hit static and moving targets while flying,” the company said in a press release.