The Danish Ministry of Defence’s Materiel and Procurement Agency has signed a new agreement on the supply of mobile sensor systems to the Armed Forces. A product that has been developed through an international industrial collaboration. 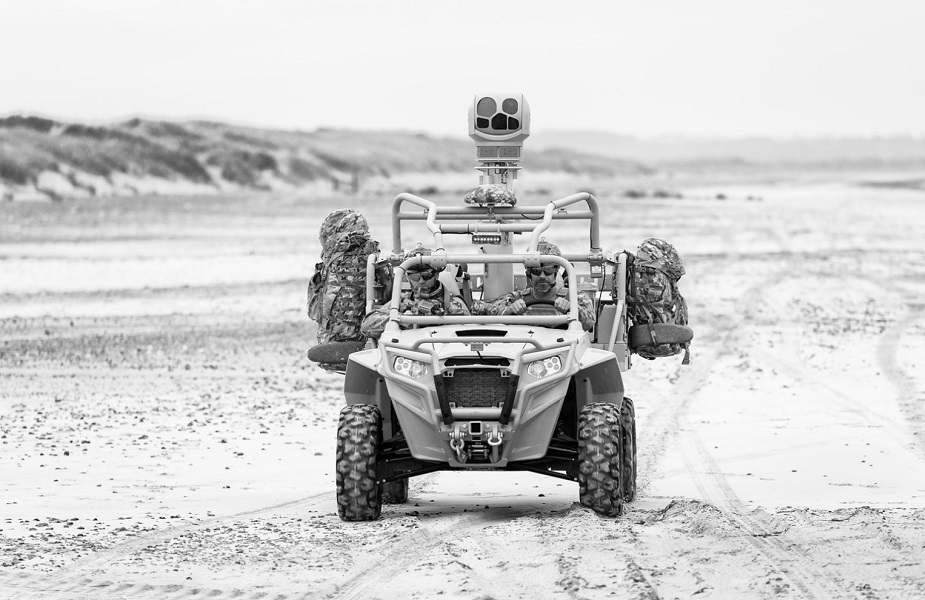 On 13 January, the head of FMI, Lieutenant General Kim Jesper Jørgensen, signed a seven-year framework agreement with the Danish defense company Precision Technic Defense (PTD) for the delivery of new sensor systems. The new agreement includes platform-based sensor systems as well as a service and maintenance contract. The mobile sensor system is handed out to users from both the Army, the Air Force and the Navy. The procurement agreement secures the Armed Forces technologically up-to-date observation and sensor equipment, which provides increased opportunities for accurate meter recognition at long distances.

The system is platform-based and can be mounted on a vehicle, for example. The system itself, which is acquired, consists of a sensor that can observe and target targets over long distances both day and night in all kinds of weather via a camera. The sensor is operated with a remote-controlled controller and an included screen.

The international product development collaboration has been going on for five years, and came about with support from the Danish Business Authority.

Director Jeppe Müller says:Precision Technic Defense A / S is pleased to have been awarded this contract and looks forward to the collaboration with the Danish Armed Forces, which with the contract will have state-of-the-art electro-optical sensor systems. PTD’s offered systems are based on systems developed as part of an industrial collaboration with Teledyne FLIR, and with this contract this collaboration will be expanded with the establishment of a service and support center for sensor systems. This will create jobs in North Jutland, and guarantee fast service and support for FMI and other European customers. ”

Tested by the users
The users have been closely involved in the procurement from the very beginning, which also means that the sensor equipment has been through a thorough user test, in which some of the Armed Forces’ most experienced soldiers participated.

“As one of the test persons and future user, the choice of the new mobile sensor system offers several possibilities and advantages. First of all, it provides the opportunity to observe different types of targets with a high resolution out at distances that one cannot with the current equipment, and in all weather conditions in daylight and darkness. In addition, the system has a wealth of functions that are very intuitive to use, says Anders from the Danish Artillery Regiment (DAR).