DARPA’s Robotic Autonomy in Complex Environments with Resiliency (RACER) program is picking up speed after three teams were selected to go to the starting line last October. The program is focused on advancing off-road 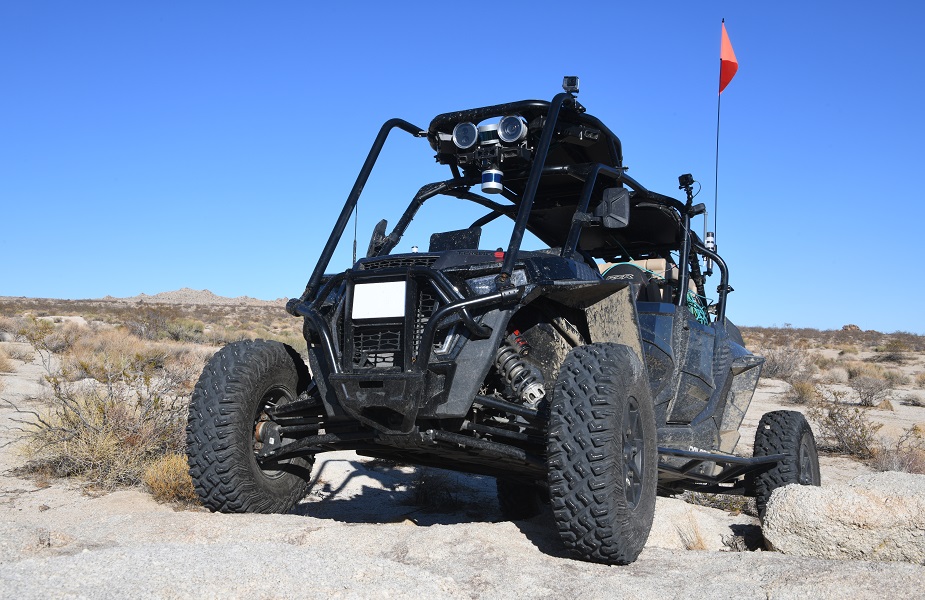 autonomy of combat vehicles and seeks to demonstrate the ability of these platforms to travel at speeds that maintain pace with manned combat vehicles in complex terrain typical of that seen in real situations. Awards for Phase 1 were given to Carnegie Mellon University, NASA-Jet Propulsion Laboratory, and University of Washington.

The DARPA RACER program’s goal is to develop and demonstrate autonomy technologies that enable unmanned ground vehicles (UGVs) to maneuver in unstructured off-road terrain at the limit of the vehicle’s mechanical systems and at, or beyond, human-driven speeds and efficiencies. “RACER is intended to disruptively advance the integration and fielding of autonomy for robotic combat vehicles into the Army, Marine Corps, and Special Forces communities,” said Stuart Young, RACER program manager in DARPA’s Tactical Technology Office.

In November, the selected teams received the first of the DARPA-provided RACER Fleet Vehicles (RFVs) – a high performance all-terrain vehicle outfitted with world-class sensing and computational abilities – that they are using to develop platform-based autonomy for testing at upcoming DARPA-hosted field experiments.

The sensor and E-box combination currently collects four terabytes of sensor data per hour to support artificial intelligence, machine learning-based autonomy algorithms and stack approaches required of fast-paced combat maneuvers in complex terrain. Modifications for roll protection, sensor/E-box integration, autonomous control, and increased 7kW of power are included in each RFV. The RFVs were integrated by Carnegie Robotics LLC (CRL) and are housed on a Polaris RZR S4 1000 Turbo base drive-by-wire platform.

Four RFVs have been completed, with three already delivered to RACER Phase 1 performers in November 2021. Four more are expected to be built prior to DARPA’s first RACER-hosted field experiment, scheduled for March of 2022 at the National Training Center in Ft. Irwin, California.

DARPA-hosted field experiments will provide the teams with a place to demonstrate the full capability of their autonomy stacks in complex environments. At Ft. Irwin, teams will demonstrate their ability to navigate courses with a variety of terrain and distances up to five kilometers.

To further support software development, DARPA has also collected over 100 terabytes of RFV-based sensor data from more than 500 kilometers of terrain in the Mid-Atlantic and West Coast. Shared with teams and managed within a RACER development tool for efficiency and security, this data will assist with learning approaches. Conceptual government baseline stacks and autonomy architectures will also be provided. They leverage recent products of Combat Capabilities Development Command-Army Research Laboratory initiatives in collaborative robotics, learning, and intelligent systems activities in partnership with basic research university and industry consortia.