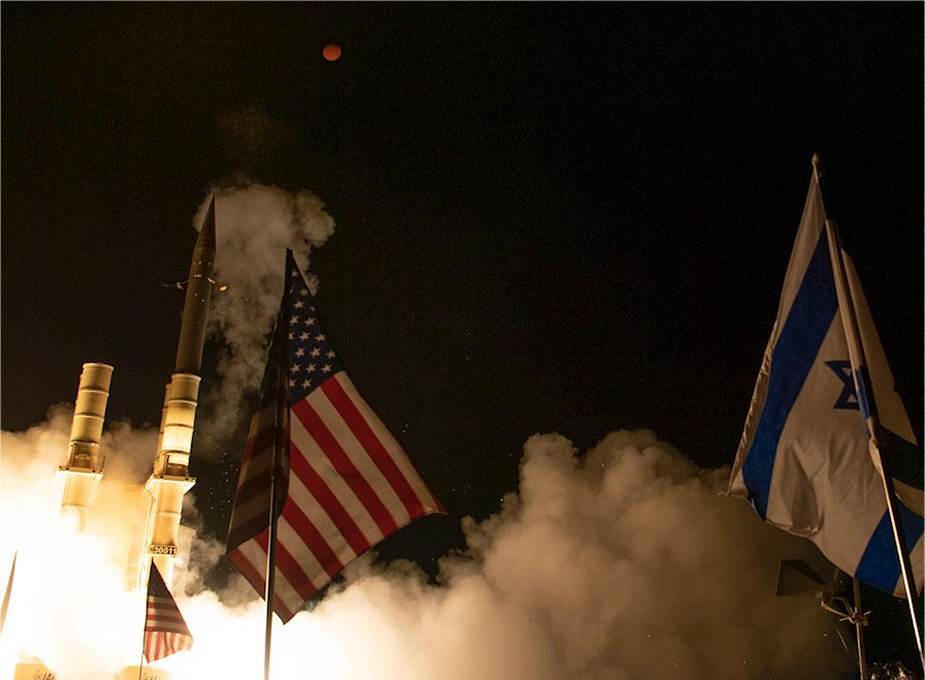 interceptor at a test site in central Israel.

The AWS (Arrow Weapon System) radars detected the target and transferred data to the battle management control (BMC). The BMC analyzed the data and established a defense plan. Two Arrow-3 interceptors were launched toward the target and successfully completed the mission.

“This test was designed to challenge every element of the Arrow Weapon System. Data collected from this test will guide future development of the AWS,” said MDA Director Vice Adm. Jon Hill. “MDA remains committed to assisting the Government of Israel in upgrading its missile defense capability against current and emerging threats.”

“Today we successfully completed a complicated flight test of the Arrow Weapon System and the Arrow 3 interceptor. Israeli Ministry of Defense continues its efforts to enhance and to upgrade Israeli Multi-Tier missile defense capabilities for emerging threats in the region,” said Mr. Moshe Patel, IMDO director. “Since the successful series of tests in Alaska in 2019, we have significantly extended the Arrow Weapon System capabilities. I want to express our appreciation to MDA and the U.S. Government for long lasting cooperation of more than 30 years to build and strengthen the Israeli Missile Defense.”

The Arrow Weapon System, jointly developed by IMDO and U.S. MDA (Missile Defense Agency), is a central part of Israel’s multi-layered defense array. The defense array is based on four layers: Iron Dome Defense System, David’s Sling Weapon System, the AWS Arrow-2, and Arrow-3 interceptors. The AWS is designed to intercept ballistic missiles outside of the earth’s atmosphere.

The Arow 3 is an air defense missile system designed to counter ballistic missiles, jointly developed by Israel and United States. Developed for the Israeli Air Force by the MLM Division of Israeli Aerospace Industries, the Arrow missiles family is in service with the Israeli armed forces since 2000 and serves as a key component in Israel’s defense network.

The Arrow 3 air defense system provides exo-atmospheric interception of ballistic missiles (during the space-flight portion of their trajectory), including InterContinental Ballistic Missiles (ICBMs) carrying nuclear, chemical, biological, or conventional warheads. With divert motor capability, its kill vehicle can switch directions dramatically, allowing it to pivot to see approaching satellites. The missile may have a reported flight range of up to 2,400 km. It can intercept aerial targets at a maximum altitude of 100 km.