Israeli company Elbit Systems has developed the SPEAR, a fully autonomous vehicle-mounted 120mm soft recoil mortar system that can be easily integrated on light 4×4 or 6×6 armored or tactical vehicles.

In September 2017, Israeli company Elbit Systems presented the SPEAR Mk 2, an upgraded version of the operationally proven Spear 120mm autonomous mortar system. The Spear’s latest version has a high recoil reduction capability, while not affecting the Cardom mortar system and the Spear’s well-known effectiveness. The mortar system is easily installed on a variety of lightweight combat vehicles allowing agility and performance of tactical operations. 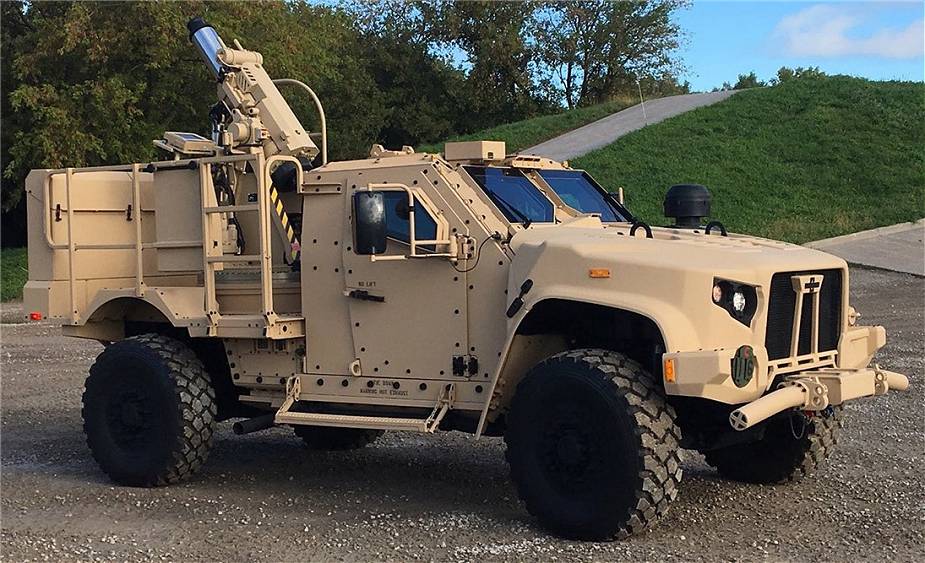 The SPEAR Mk 2 has a recoil reduction system that reduces the mortar’s firing loads from 30+ tons to as low as 12-15 tons, the “soft recoil” allows the SPEAR to be mounted on a variety of high-mobility light tactical vehicles such as HMMWVs, jeeps and other high-mobility rapid deployment wheeled platforms as well as bigger wheeled or tracked platforms.

According to a video published by Elbit Systems on January 14, 2022, the SPEAR has demonstrated its ability to be integrated on light 4×4 armored vehicle as to the JLTV, Joint Light Tactical Vehicle which is now in service or ordered by the United States, Belgium, Brazil, Lithuania, Montenegro, North Macedonia, and Slovenia.

The SPEAR mounted on JLTV 4×4 armored vehicle will offer a new lightweight artillery fire support vehicle that can be quickly deployed by military transport aircraft or used by airborne troops.

The SPEAR vehicle-mounted is operated by a crew of three and can be operated in autonomous or manual modes. The crew can be reduced to two people thanks to the onboard sensors being able to transmit the targeting data to the fire control system (FCS). The FCS analyses the ballistic data and commands the electric drive system to point the mortar barrel to the particular azimuth and elevation angles. Feedback is delivered to the mortar fire control system through a GPS-based north-finding system and inclinometer.

The mortar is loaded thanks to the use of an automatic loader. The SPEAR mounted on a vehicle can launch the first round within 60 seconds and it has a maximum rate of fire of 15 rounds per minute. The mortar can fire a wide range of 120mm NATO mortar ammunition with a maximum firing range of 10 km and circular error probability (CEP) of 30m.