The United States has approved the sale to Egypt of 12 Lockheed Martin C-130J Hercules airlifters for USD2.2 billion. 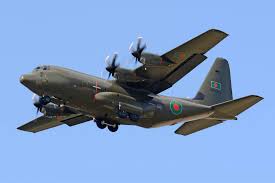 Announced by the US Defense Security Cooperation Agency (DSCA) on 25 January, the approval covers the ‘long-bodied’ C-130J-30-variant Hercules, as well as mission equipment, spares, training, and support.

“This airlift capability would assist with [Egypt’s] border security, the interdiction of known terrorist elements, rapid reaction to internal security threats, and humanitarian aid,” the DSCA said. “Egypt also intends to utilise these aircraft for maritime patrol missions and search-and-rescue missions in the region”.

As noted in the approval notification, Egypt already operates a mix of legacy C-130s and so should have no difficulty absorbing these additional aircraft into its armed forces. The Egyptian Air Force (EAF) currently fields 22 C-130Hs, three C-130H-30s, and two EC-130H Hercules aircraft that were acquired from 1978, 1990, and 2001 respectively. The fleet is operated by 4 and 16 squadrons of the Cairo International Airport Transport Regiment.