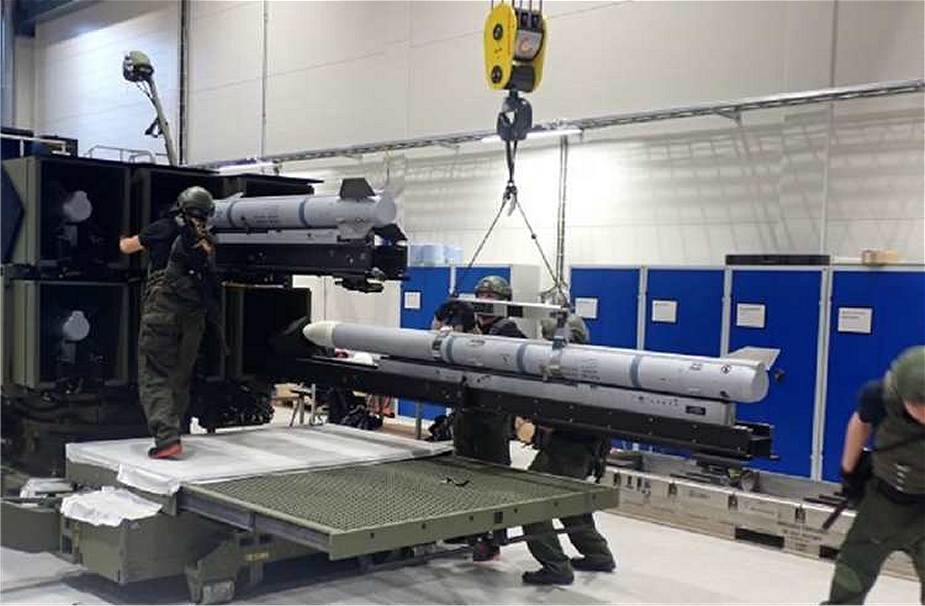 Project LAND 19 Phase 7B is being delivered by prime contractor, Raytheon Australia, with the support of KONGSBERG and Kongsberg Defence Australia, and will deliver a new Short-Range Ground-Based Air Defence capability for the Australian Army.

NASAMS is a state-of-the-art Ground Based Air Defence weapon system produced by KONGSBERG and Raytheon Technologies that is in service with, or under delivery to, 12 nations. The system will enable the Australian Army to quickly detect, engage, and destroy aircraft, unmanned aerial vehicles, and cruise missile threats. The Mk 2 Canister Launcher represents the latest launcher build standard and includes a new common ground launch rail to enable the employment of multiple missile types.

Taking place in Kongsberg Norway, KONGSBERG conducted the First of Type FAT on the first Mk 2 Canister Launcher, before completing FAT on the second Launcher. Representatives from Raytheon Australia were present to witness this occasion.

KONGSBERG’s Vice President Air Defence Programs, Leif Roar Olsen, welcomes the achievement of this critical project milestone, highlighting the close partnership shared between the KONGSBERG teams and the importance of technology transfer in delivering this transformational capability for the Australian Army.

“Successful Factory Acceptance Testing of the first Mark 2 Canister Launchers is a significant milestone for KONGSBERG. We have also been working closely with our Australian colleagues to ensure that we have a local workforce with the technical skills and expertise required to undertake final assembly, integration, and test of Army’s NASAMS Canister Launchers, as well as supporting them whilst in service. Project Engineers from Kongsberg Defence Australia recently traveled to Norway to learn about the Canister Launchers from KONGSBERG specialists in preparation for shipment to Australia in early 2022,” said Olsen.

Prior to the 2022 delivery to Raytheon Australia’s Centre for Joint Integration in Mawson Lakes, the Canister Launchers will be painted by a local South Australian supplier, before being used as part of the Fire Distribution Centre First of Type Factory Acceptance Test in Q1 and Q2 of this year. The formal delivery of the first two launchers to Raytheon Australia is scheduled for July 2022.

“Army’s NASAMS Mark 2 Canister Launchers will allow them to employ a mixture of different AMRAAM missile variants, as well as the AIM-9X Block 2 missile. This mix of missiles is highly effective against advanced aircraft, just like they are on the F-35A and Super Hornet, as well as being highly effective against air-delivered threats such as cruise missiles”, says John Fry, General Manager of Kongsberg Defence Australia. “Importantly, the Mk 2 Canister Launcher that will be provided to the Australian Army under NASAMS is the most modern launcher configuration. Successfully completing the first live-fire tests last year, this latest launcher also provides options for additional missile types.”