The Israeli Ministry of Defense (MoD) announced on 21 February the completion of the first trials of the naval version of the Iron Dome air-defence system fitted to the first of the Israeli Navy’s four new Sa’ar 6-class corvettes. 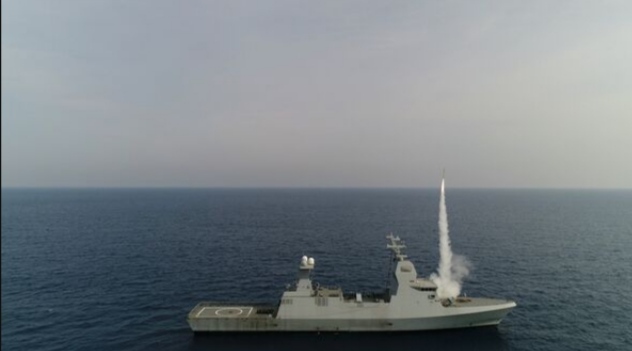 “The C-Dome was operated for the first time aboard the Israeli Naval Ship (INS) Sa’ar 6 Magen corvette against multiple advanced threats,” the MoD said. While the ship’s crew led the test, it also involved the Israel Missile Defense Organization (IMDO), a part of the MoD’s Directorate for Defense Research and Development (DDR&D), and Rafael Advanced Defense Systems, the system’s manufacturer.

The live-fire trial simulated a number of threat scenarios, including rockets, cruise missiles, and unmanned aircraft (UAVs). The MoD released videos of multiple rockets and drone targets being launched from the coast and Tamir interceptor missiles being launched from Magen’s vertical launch system (VLS) to intercept them.