As reported by Infodefensa, the Venezuelan army is using 8×8 Norinco CS/VP4 ATV Lynx light amphibious vehicles in its Operation Bolivarian Shield 2022 ‘Vuelvan Caras’, which is being carried out in the state of Apure, bordering Colombia, against groups armed irregulars operating in the area. 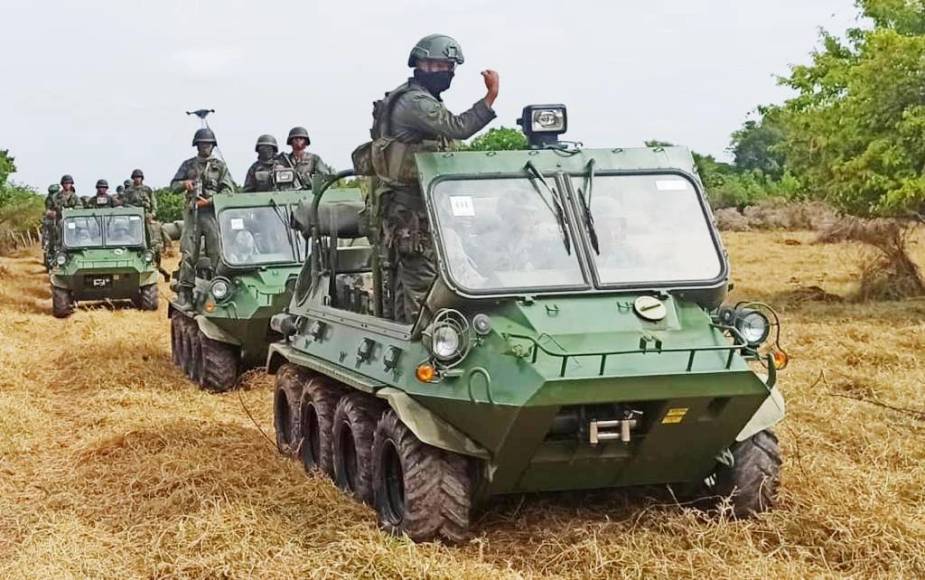 These Lynx amphibious light vehicles are part of the endowment of military units permanently based in that state, specifically, the Army’s 91 Armored Cavalry Brigade, the 6th River Marine Infantry Brigade, and the Border and Organic Rural Command detachments. of the Zone Command No. 35 Apure of the National Guard. In addition, the Marine Corps, deployed in Apure, has been reinforced with some 8×8 Norinco VN1 amphibious armored vehicles from other units.

As Infodefensa.com reported, in June 2017, dozens (possibly more than 100)of Norinco CS/VP4 ATV Lynx light amphibious vehicles arrived in the country to equip Army, Marine Corps and National Guard units, mainly those stationed in border areas, and to Special Forces units of the four military components, including the Military Aviation.

Lynx is a series of lightweight all-terrain vehicles in 8×8, 6×6, or 4×4 variants. The vehicle is amphibious and capable of center-turning. Militarized versions were observed in 2008 with reinforced chassis, weapon mounts, storage space and roll cage. The vehicle has different layouts for different missions, including troop transport, logistics, heavy weapon platform, reconnaissance, air defense, engineering service, or medical evacuation. During airborne, quick reaction and special forces operations this vehicle can be launched by tactical airlift or transport helicopters, or helicopter sling load.

The Lynx CS/VP4 can carry troops, equipment, or ammunition. Lynx has a payload capacity of 1,100 kg and is capable of neutral steering. Troop transport configuration has seatings for the driver with five passengers. The All-terrain vehicle can tow light artillery pieces or equipment. A heavy machine gun, a multiple rocket launcher, grenade launchers, missile launchers, and rockets can be mounted on the car. Some version is observed with 100 mm and 120 mm artillery guns. The first generation chassis is observed in use by the People’s Liberation Army Ground Force (PLAGF) in 2008. The second-generation chassis was unveiled at Airshow China in 2016. The second-gen vehicle features a frontal engine department, opening more space in the back for mounted weapons. The second-generation chassis only saw limited usage and was replaced by the third-generation CS/VP16 in the PLAGF service.