The PGZ-NAREW consortium has concluded an agreement with MBDA regarding the schedule and terms of delivery of the NAREW system components from the British partner. The contract will allow for the integration of the MBDA launcher and missiles with the radar station and the C2 communication and command system produced by the Polish defence industry. 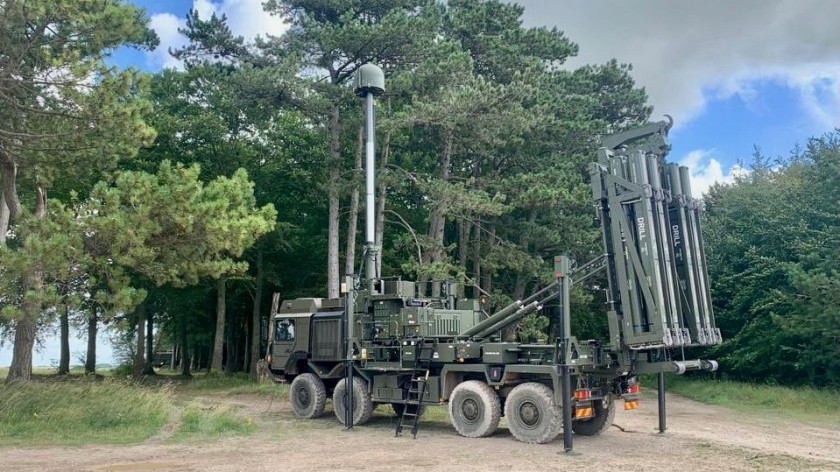 The agreement between the PGZ-NAREW Consortium and MBDA UK is a confirmation of the British partner’s readiness for quick and efficient deliveries of the effector team – the CAMM missiles and launchers – which will be integrated by the members of the Consortium as part of the contract concluded April 14 this year, for the delivery of two short-range air defence fire units for the Polish Armed Forces in the accelerated formula.

“Today’s contract allows us to confirm the further schedule of integration work, the progress in which will determine how quickly we will be able to strengthen our country’s air defence. The signed document is also another step towards concluding a strategic agreement with our British partner in the production of launchers and missiles at our plants, which is crucial for the success of the entire NAREW program” said Sebastian Chwałek, President of the Management Board of PGZ S.A.

Chris Allam, Managing Director of MBDA UK, said: “MBDA is proud to be part of such an important programme for the protection of Polish skies together with our Polish partners from PGZ. This rapid initial NAREW project demonstrates MBDA’s agility to respond to urgent needs, and develop sovereign system solutions in rapid timescales. We are already working to rapidly deliver the first systems to Poland as well as addressing the wider NAREW programme of technology transfer and Polish manufacture.”

The NAREW program provides for the development and delivery of components and subsystems for 23 short-range anti-aircraft missile systems. The program covers the supply of modern military equipment for the Polish Armed Forces, but also the acquisition of technology and knowledge, building industrial potential, project management and system integration by the Polish defence industry.

On November 19, 2021, Army Recognition published that, according to information from the British Ministry of Defense on November 18, 2021, Poland and the United Kingdom would collaborate to develop NAREW, Poland’s future Ground-Based Air Defence System with the delivery of CAMM (Common Anti-air Modular Missile) air defense missile system to Poland.