For the third time, the British Ministry of Defence has awarded Rheinmetall a contract for its Robotic Platoon Vehicles (RPV) programme. The RPV programme is a three-phase experiment to determine the extent to which unmanned vehicles can boost the combat effectiveness and capabilities of dismounted troops at platoon level. For Spiral 3, the programme’s final phase, the British once again chose to work with Rheinmetall Canada. 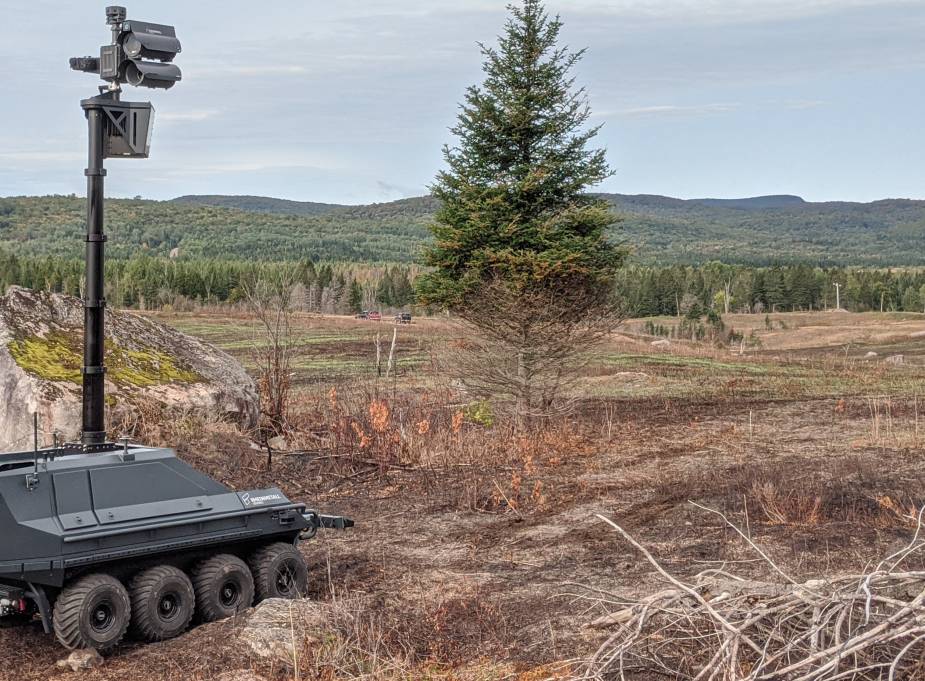 The new order, placed in January 2022, is scheduled to be fully delivered by the end of August of this year. It includes comprehensive training, support services, and spare parts. Rheinmetall Canada is the prime contractor, working in cooperation with Rheinmetall Provectus, its Ottawa-based robotics branch.

The Mission Master SP – Surveillance comes equipped with an ISTAR payload. This module supports forward and last-mile resupply missions, performs silent watch operations and carries payloads. Built to optimize situational awareness, the ISTAR module’s array of sensors can be easily swapped depending on mission objectives. These sensors provide leading-edge target detection, recognition, and identification at long ranges, regardless of weather and lighting conditions. They also facilitate early warning and identification of chemical threats in the event of chemical warfare.

The ISTAR module is fitted on top of an improved version of the Mission Master SP vehicle. Feedback from customers and lessons learned from trials have been the main drivers for these improvements. For instance, the drivetrain and frame are more rugged and more accessible to ease maintenance operations. In addition, the Mission Master SP platform now includes a diesel generator that can be used on extended missions.

The Mission Master SP – Cargo, for its part, reduces soldiers’ combat load, hence improving mobility and efficiency. The robust A-UGV can transport supplies, tactical kits, and medical equipment either independently, in follow-me mode, or in convoy mode with other Mission Master vehicles.

The wolf pack consists of a team of Mission Master vehicles working together to accomplish missions ranging from surveillance to target position transfer and slew-to-cue. The units communicate with each other using their advanced artificial intelligence capabilities to maintain rich situational awareness. The wolf pack is remotely managed by a single operator, who is thereby able to focus on a successful mission outcome rather than on individual UGV tasks. This unique capability is enabled by the Rheinmetall Command and Control Software.

Rheinmetall Canada’s successful bid for Spiral 3 demonstrates further proof of the British Army’s trust in the Canada-based branch of the Rheinmetall group, one of Europe’s leading defence suppliers. The contract was awarded following a request for tenders in which Rheinmetall ranked exceptionally high.