As reported by Cindy Centofanti in KRDO, thanks to CROWS-J, the 2nd Brigade Stryker Combat Team based at Fort Carson is now considered the most lethal fighting force out of the entire U.S. Army. Officials at the Mountain Post credit this to its brand new CROWS-J system, which is an advanced optic on a stabilized mount that allows soldiers to fire FGM-148 Javelin missiles from a stationary vehicle. Previously, soldiers had to be on the ground and manually fire them. 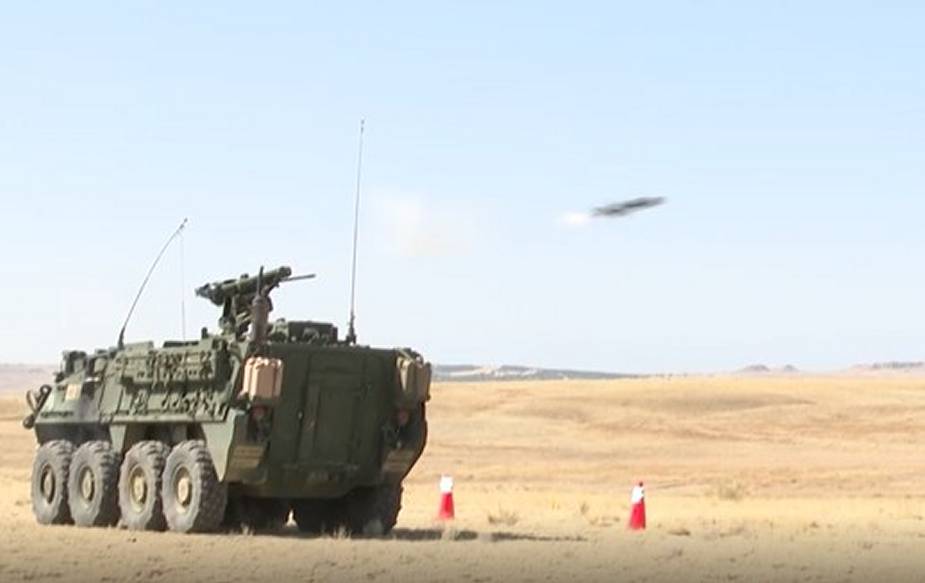 Let us recall that the FGM-148 Javelin missile uses infrared technology with thermal imaging to lock on to targets. Soldiers inside the Stryker vehicle communicate with aerial support to make positive contact. This technology is still being tested

The Common Remotely Operated Weapon Station (CROWS) is a series of remote weapon stations used by the US military on its armored vehicles and ships. It allows weapon operators to engage targets without leaving the protection of their vehicle. The US military has fielded both the M101 CROWS and M153 CROWS II systems. In May 2018, Stryker ICVs of the 2nd Cavalry Regiment deployed to Europe to test the CROWS-Javelin, a version of the M153 turret fitted with an FGM-148 Javelin anti-tank missile launcher. This enables the vehicle gunner to detect and destroy heavy armor out to 3 km (1.9 mi) without requiring a soldier to dismount. The Army plans to up-gun all its Stryker brigades by adding a 30mm cannon to half of the ICVs in rifle and scout platoons while adding the CROWS-J to the other half, roughly 80 vehicles with each per brigade. The CROWS-J system will be installed on 87 of the 300 current Strykers within the 2nd Stryker Brigade Combat Team at Fort Carson.

Soldiers tell they feel safer with this new system, knowing they won’t be directly in the line of fire. Javelin systems were previously reliant on the human eye and built-in interfaces to engage targets. Now, with the help of the CROWS-J system, soldiers can see farther, clearer, and in darker environments. The new capability will continue to be tested over the next 3 months, but officials say it will help give soldiers the upper hand against heavily armored vehicles and buildings.