The Operational Testing and Acceptance (OT&A) campaign of the Night Vision Goggle (NVG) Mikron was successfully concluded at the end of February 2022. During this campaign, the NVG’s contractually required performance capabilities, its resistance to different harsh environmental conditions as well as its suitability in various tactical scenarios were confirmed by Bundeswehr Technical Centres as well as Belgian and German military users.

OCCAR’s selection decision for the NVG Mikron proved to be an excellent choice as it showed overall excellent results in the tests conducted. 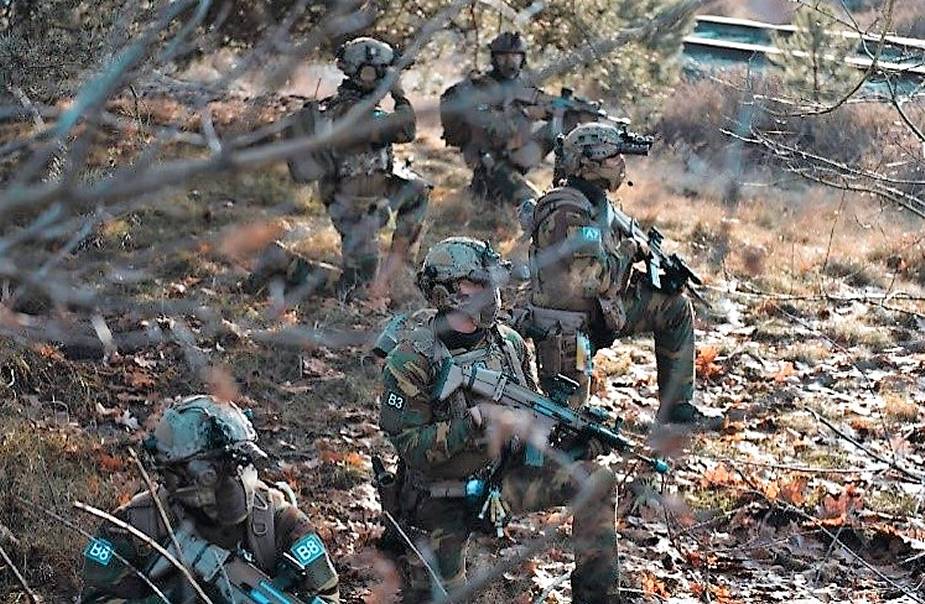 Just recently, on 12 April 2022, the Initial In-Service Support (ISS) for the Mikron operated by the Belgian Armed Forces was launched. With the start of this industry maintenance programme, another significant milestone has been achieved by the NVC Programme. The consortium Hensoldt-Theon will provide full maintenance and repair services to the Belgian NVGs at Hensoldt facilities in Wetzlar (Germany).

The Participating States of the NVC Programme, Belgium and Germany, intend to achieve the required capabilities in regard of the NATO Capability Target L1201 “Advanced Individual Combat Capability” by securing the maximum benefits achievable through the pursuit of common development, procurement and in-service support. This approach ensures a common basic night vision capability for dismounted forces and of drivers of military vehicles. The common procurement of NVC equipment beginning with the acquisition of Night Vision Goggles (NVGs) increases the interoperability and decreases the logistic footprint in operational theatres where both Nations are deployed together.

For the placement of the NVGs Contract, OCCAR-EA followed the Competitive Negotiated Procedure of OCCAR with the publication of a Contract Notice in March 2020, resulting in a Europe-wide competition with a strong field of tenderers. Finally, the Most Economically Advantageous Tender, the NVG Mikron from the consortium Hensoldt Optronics GmbH – Theon Sensors SA, was selected for the Contract Award.

The NVGs Contract signed at the OCCAR premises in Bonn on 22 June 2021, covers the acquisition of 4,550 Mikron NVG Sets for Belgium and 5,000 for Germany. Furthermore, it includes the provision of Initial Spare Parts, training, documentation, 1,789 Head Mounting Systems for Germany and initial In-Service Support (ISS) of five years for Belgium. The contract also secures firm prices for options that cover initial ISS for Germany, follow-on ISS for both Nations, and the procurement of additional NVG Sets.

A first, small number of NVG sets and initial spare parts was delivered in July 2021 to start an Operational Testing and Acceptance (OT&A) campaign. The delivery of the first production batch to Belgium, including the complete initial spare parts package, took place in October and November 2021. The delivery of the last batch is planned for the first quarter of 2024. The initial In-Service Support (ISS) for Belgium started in April 2022.