TwinSens is a world-class solution created by the combination of two Hensoldt systems: the TRML-4D active radar and the Twinvis passive radar, which offers unique functionalities and operational advantages.

Recent conflicts have demonstrated how drones can be used with devastating effects to find and then destroy key assets. Ground-based air defence (GBAD) systems have proven to be particularly vulnerable due to their high-power transmission, as loitering munition or tactical UAVs are able to detect and immediately attack any source of power transmission. 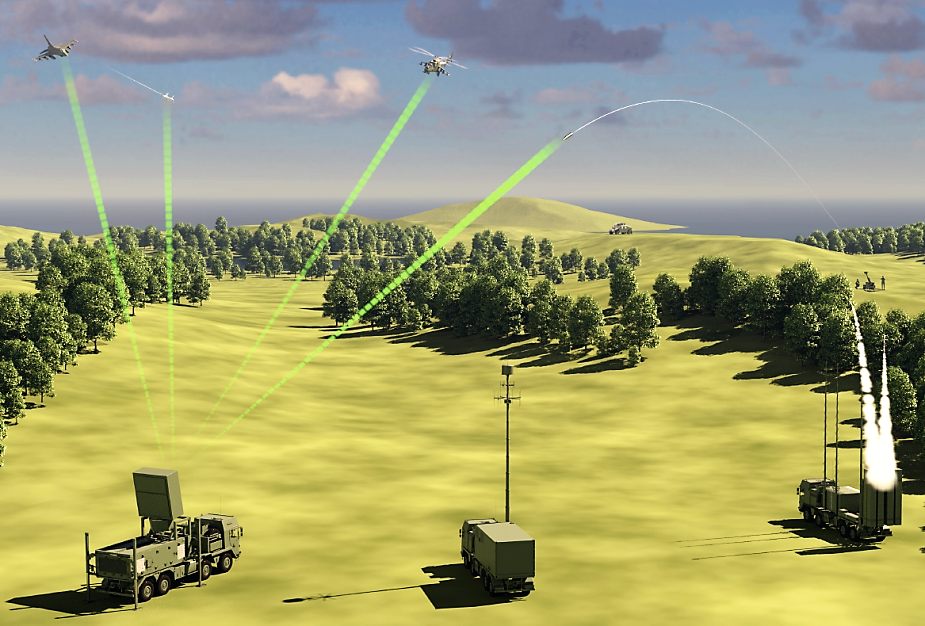 To enable end-users to secure their territory against these attacks from hostile missiles and aircraft, whether manned or unmanned, Hensoldt has combined its TRML-4D air defence system (active radar) with its world-leading Twinvis passive radar to form the unique TwinSens solution.

By exchanging sensor data between these two systems, TwinSens provides an air picture initially created without RF transmissions and consequently, without the risk of GBAD systems being detected by enemy forces. It improves situational awareness even for targets with an extremely small RCS and also increases resistance to modern jammers thus enhancing the performance of the overall solution compared to standalone sensors.

Twinvis
A passive radar that uses existing electromagnetic signals from broadcast and TV transmitters to evaluate their echoes when reflected by an object. It remains invisible and therefore cannot be jammed or eliminated in a targeted action – a real advantage in the military field. More than 15 Twinvis units have already been sold.

TRML-4D
A multi-functional C-band AESA radar for surveillance, target acquisition and weapon assignment, which provides a recognised air picture of the theatre. It is able to detect, track and classify various types of air targets, including cruise missiles, hovering helicopters and small, fast, low-flying and manoeuvring aircraft. More than 50 units from the 4D family have already been sold.