According to a press release from Command, Marine Fighter Attack Squadron (VMFA) 242 achieved Full Operational Capability (FOC) and is now ready to support the full complement of its missions. A significant part of this milestone is the establishment of 32 F-35B aircraft permanently forward-based as part of Marine Aircraft Group (MAG) 12, ready to support a free and open Indo-Pacific. This transition occurred on schedule per the annual Marine Corps aviation plan. 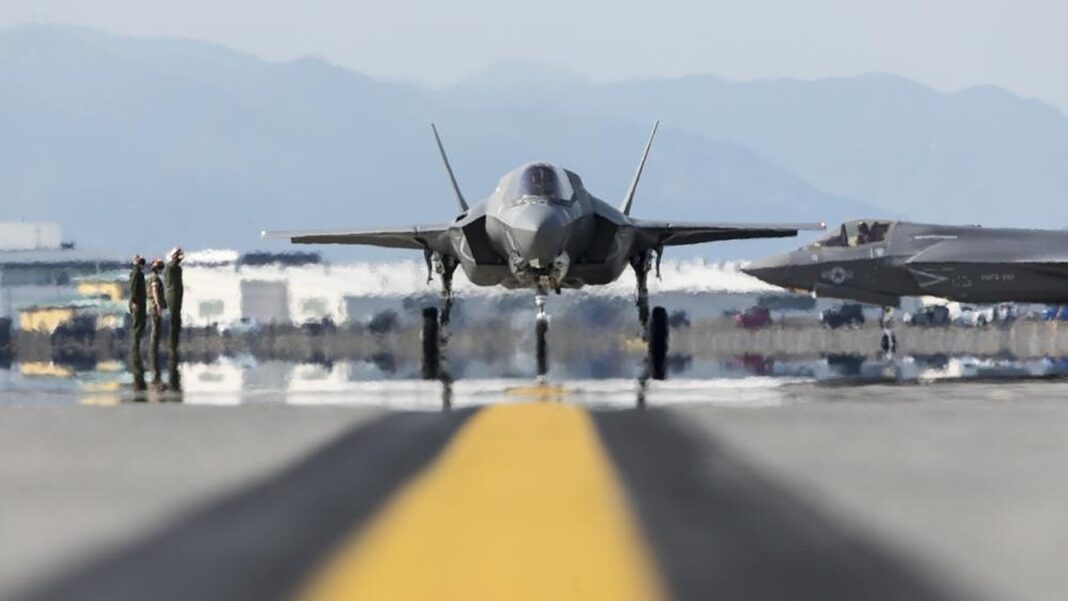 The F-35 Lightning II aircraft represents the future of Marine Corps tactical aviation and will eventually replace the AV-8B Harrier, the F/A-18 Hornet, and the EA-6B Prowler in all units across the Marine Corps. On October 16, 2020, VMFA-242, known as Bats, was re-designated as an F-35B squadron and on September 9, 2021, the squadron attained Initial Operational Capability (IOC).

“The FOC milestone is the culmination of well over two years of planning and execution, all while being forward deployed and in the face of a global pandemic. In my 20 plus years of service, I have never seen a unit come together in a way that our Marines and Sailors have while overcoming many challenges,” said Lt. Col. Michael D. Wyrsch, the commanding officer of VMFA-242. “I am incredibly proud to say that I was a member of this team and I look forward to seeing where the Bats’ lasting culture of excellence will take them.”

MAG-12 received the first forward-based F-35B squadron in January, 2017 when VMFA-121 relocated to Marine Corps Air Station Iwakuni, Japan. With the addition of VMFA-242, MAG-12 is now the only forward-based unit in the Indo-Pacific with two permanently based F-35B squadrons.
“VMFA-242 has executed a masterful training plan and successfully accomplished the required elements necessary to declare FOC. This declaration provides added capability and capacity, enhances our posture, and ensures that we are able to effectively respond to any tasking“, said Major General Brian W. Cavanaugh, the commanding general of 1st Marine Aircraft Wing.

The F-35B is a 5th generation stealth fighter designed to operate from short expeditionary airfields and amphibious assault ships. In addition to its short takeoff and vertical landing (STOVL) capability, the F-35B provides advanced technology and incorporates the mission capabilities of the current USMC platforms – the AV-8B and F/A-18 – within a single airframe.