Eurenco, a European leader in the field of propellants and explosives for the Defense sector, and Saab AB, a global player with world-leading products, services and solutions from military defense to civil security, are finalizing a new long-term contract for the supply of solid rocket motor propellants & explosives for the Carl Gustaf medium caliber man-portable multi-role weapon system. 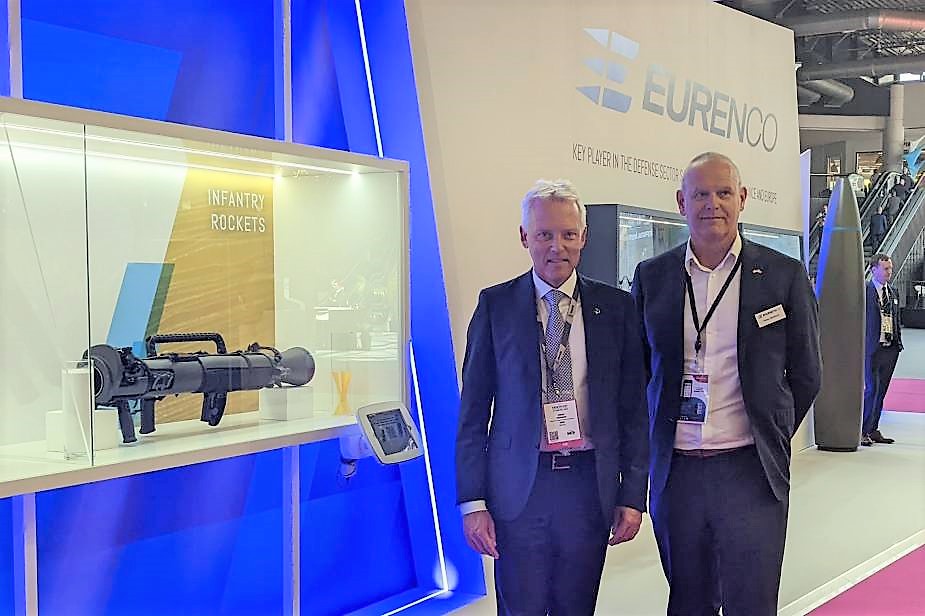 Eurenco has been a long-term supplier of energetic materials (propellants and explosives) for the Carl Gustaf program for more than 40 years. Thierry Francou, CEO of Eurenco, said: “Both our companies have established a strong relationship of trust over the years. This new agreement is the fruit of this partnership and the basis on which it will grow even stronger”.

The Carl Gustaf 8.4 cm recoilless rifle, named after Carl Gustafs Stads Gevärsfaktori who initially produced it, is a Swedish-developed 84 mm (3.3 in) caliber man-portable shoulder-fired recoilless rifle, initially developed by the Royal Swedish Army Materiel Administration during the second half of the 1940s as a close-range anti-tank and support weapon for infantry, which has seen great export success around the globe and is today a popular multi-purpose support weapon in use by many nations. The Carl Gustaf 84 mm recoilless rifle is a lightweight, low-cost weapon that uses a wide range of ammunition, which makes it extremely flexible and suitable for a wide variety of roles.

Development of the initial model started from 1946 as one of the many recoilless rifle designs of that era, based on the experience from the earlier Carl Gustaf 20 mm recoilless rifle and the success of man-portable rocket launchers during World War II, such as the Bazooka and Panzerschreck. Production of the initial model was handled by Carl Gustafs Stads Gevärsfaktori lead by Försvarets Fabriksverk (FFV) and the weapon recieved the designation 8,4 cm granatgevär m/48, (8,4 cm grg m/48 – “8,4 cm grenade rifle”, model 1948) in Swedish service. FFV would continue to further develope the weapon for the international market, later being merged into Saab Bofors Dynamics which handles development and export today. While similar weapons have generally disappeared from service, the Carl Gustaf is still in production and remains in widespread use today.

The weapon’s name is frequently shortened. In Sweden, it is simply called the grg (gé-er-gé). British troops refer to it as the “Charlie G”, while Canadian troops often refer to it as “Carl G”. In U.S. military service, it is officially known as the M3 Multi-Role Anti-Armor Anti-Personnel Weapon System (MAAWS) or “Ranger Anti-tank Weapons System” (RAWS), but is often just called “Gustaf”. In Australia, it is irreverently known as “Charlie Gutsache” (guts ache, slang for stomach pain), or “Charlie Swede”.