“This demonstration proves that we do now have a relevant capability,” said Don Kelley, program manager for GBAD at PEO Land Systems, immediately following the successful test. 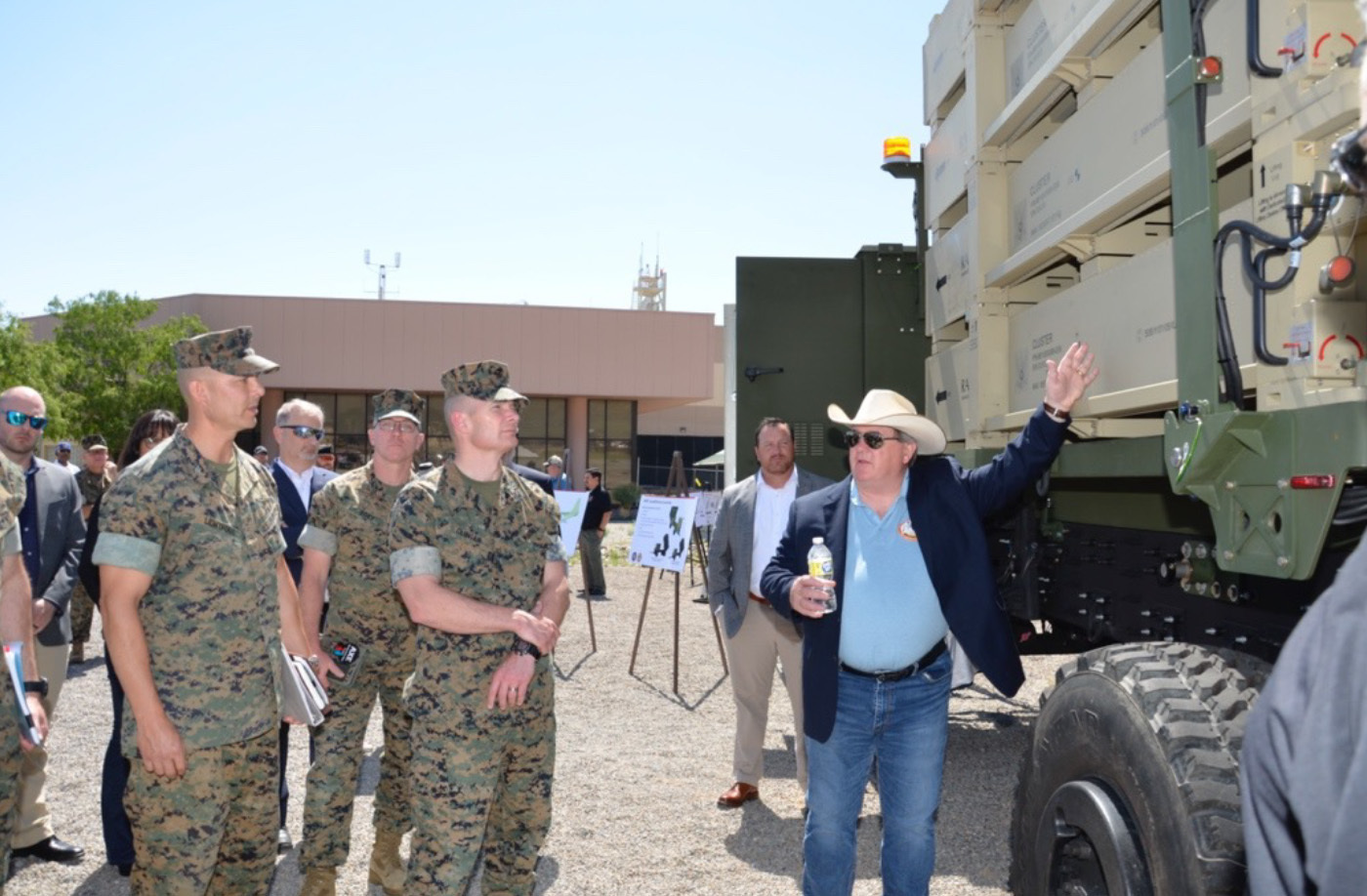 MRIC, which counts the Corps’ Ground/Air Task-Oriented Radar and Common Aviation Command and Control System among its primary subsystems, also incorporates technology from Israel’s proven Iron Dome system. The live-fire test was designed to validate the primary subsystems’ integrations and the system’s overall capability to provide critical information to senior Marine Corps leadership as they decide the path forward for the MRIC prototype.

During the test, the G/ATOR successfully tracked each target, from immediately after launch and passed the tracks through the CAC2S to the Israeli Iron Dome components. This allowed the MRIC system to simultaneously neutralize multiple missiles encircling the system from various angles. At its peak, numerous in-air targets, each with its own unique flight trajectory and velocity, surrounded the MRIC prototype. Upon firing, MRIC successfully hit each target using the Tamir missile.

The June event built upon the previous live-fire test in December, during which the program office launched multiple targets in sequence, with MRIC intercepting each target before the next one launched. This time around, multiple targets were launched simultaneously. Prior to the event, Kelley said that engineers at Naval Surface Warfare Center Dahlgren ran independent simulations of what would happen during the live-fire test. The results, Kelley said, correlated closely to the modeled simulations.

Maj James Slocum, MRIC Medium Range Intercept Capability team lead at PEO Land Systems, has been working on the program since its inception in 2018. A few months prior, the Marine Corps established a [Urgent Statement of Need] to start prototyping a counter-cruise missile capability to fill the integrated air missile defense gap it identified.

“The Marine Corps and the Defense Department, as a whole, have been living with the comfort of air superiority and air supremacy,” said Slocum. “As long-range cruise missiles and anti-air weapons systems begin to get better and better, air supremacy is not something we can take for granted. We must be able to counter these types of capabilities.”

Slocum said the intent behind the program was to take proven components and integrate a system compatible with Marine Corps architecture, using the Middle Tier of Acquisition authorities, in order to rapidly develop and demonstrate a relevant capability.

“Our goal was to get this prototype into a deployable state that meets our current needs, but have it so other systems can be ‘plugged in’ to it to make it more lethal while maintaining expeditionary capability, mobility, and the ability to rapidly set up and be operational at any site, anytime,” said Slocum.

The program office has one more live-fire test lined up for the system later this year at an even increased threat capability, said Kelley. Following the final live-fire event, Marine Corps leadership will decide the program’s future, including which Marines will ultimately use the system and the requisite training needed to operate the brand-new capability.

“This has been a team sport between government, Industry, and our allies,” said Brig. Gen. Mark Clingan, assistant deputy commandant to Combat Development and Integration and deputy commanding general of Marine Corps Combat Development Command, after the event. “The fact that we’re having a discussion about the training pipeline instead of the system itself is a testament to the capability of the system.”