The DGA in a release that these two new Servals were delivered to the French Army and are intended for technical-operational evaluations in desert terrain. The DGA received the first four new Serval multi-role armored vehicles on May 5, 2022. 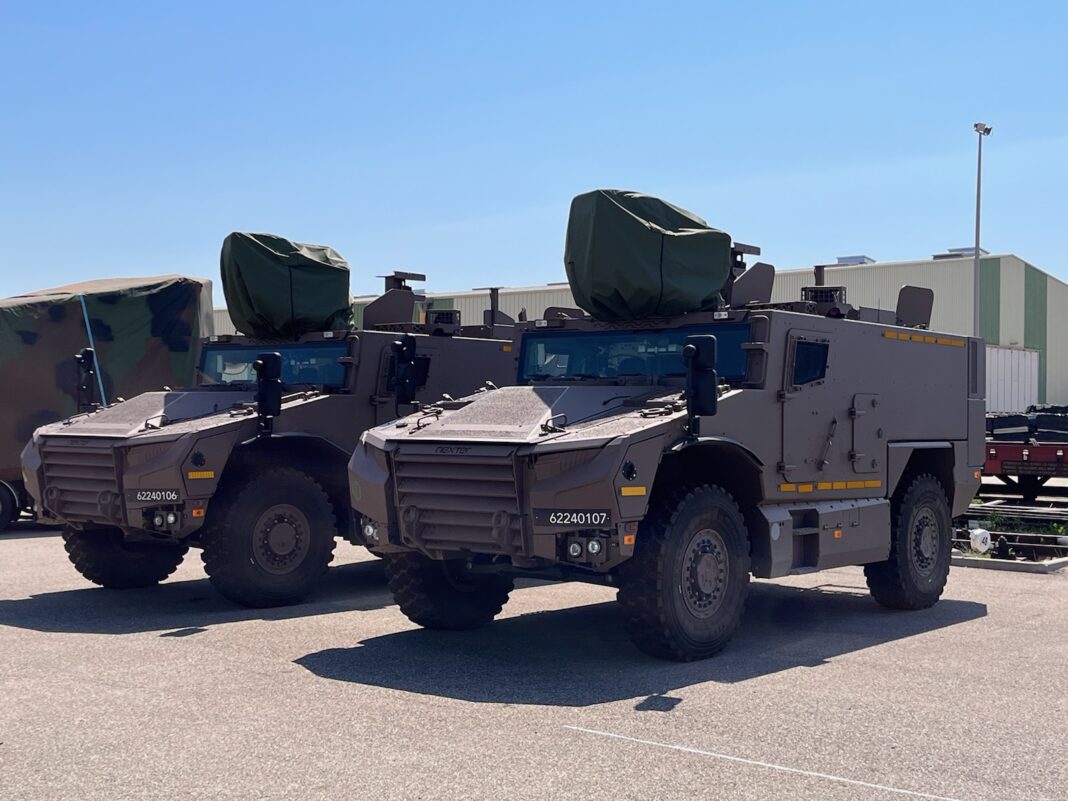 Serval vehicles are produced in Roanne, in the Nexter production plant, and designed to replace the 1970s-era VAB armored personnel carriers.

Weighing between 15 and 17 tons, the Servals incorporates equipment common to Scorpion vehicles, in particular a cupola remotely operated from the cockpit, threat detectors as well as the Combat Information System Scorpion (SICS) allowing the tactical situation to be shared in near real-time with the other Scorpion vehicles engaged in the action. It will be able to carry, in addition to the two crew members, up to eight men equipped with the Félin system.

The Serval can be used to transport light infantry, intelligence, and reconnaissance units in contact zones on the battlefield. It will be deployed by the French rapid reaction force.

France’s ministry has ordered 364 Servals to date and expects to buy 978 vehicles by 2030, per Grandjean.